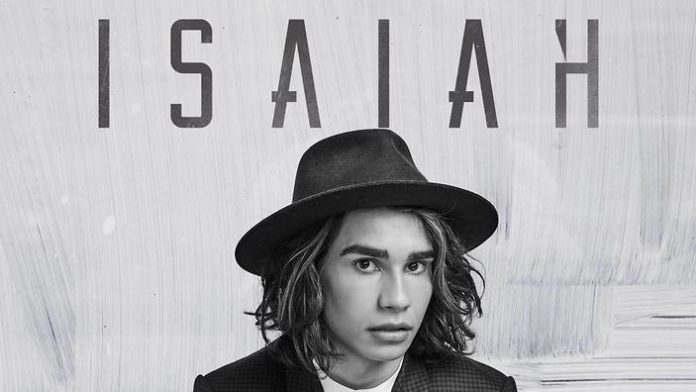 Isaiah Firebrace has been announced as Australia’s representative for the 2017 Eurovision Competition. In what was a botched announcement by host Australian Broadcaster SBS, as people waited online to see the announcement, a leaked article from their own website was posted 20 minutes before the official time.

The 17-year-old X Factor Winner was an early favourite for the spot after he made it clear last year he would absolutely love to go to Eurovision.

Isaiah’s new Eurovision song Don’t Come Easy is an emotive ballad very similar to the majority of contestant entries that have already been announced by European countries.

It was expected or even hoped that the Australian representative might go more up tempo similar to what Guy Sebastian performed in 2015.

The teenager who hails from NSW border town of Moama will head to Kyiv Ukraine for the Eurovision event in May.

Isaiah is already experiencing global success, with his first hit It’s Gotta Be You going Platinum in Sweden, and charting in over 15 countries including Australia, Denmark, Norway, Sweden, Canada, and the US.

In a statement, Isaiah said he was proud to be representing Australia.

“Even though it has been a dream of mine, never did I think for one minute it would be a possibility,” Firebrace said.

“To be able to share this news with my family and friends is unbelievable. I can’t wait to go to the Ukraine to perform ‘Don’t Come Easy’.

“I will make Australia proud. Thank you to SBS and my label Sony for believing in me and giving me the opportunity of a lifetime.”

His first performance in Semi Final 1, which will be broadcast on Wednesday 10 May LIVE at 5 am(AEST) on SBS, and in primetime Friday 12 May 7.30pm on SBS.

Isaiah will have to be voted through Semi Final 1 to then have the chance to compete for the Eurovision title in the Grand Final, with Australians setting their alarms for an early wake-up, or hosting their Eurovision parties at night to find out exactly how the all-important votes land.

“We wanted to come up with something totally different for this year, yet just as powerful as Dami. With Isaiah, we have an artist who has a unique ability to cast a spell with his voice, and we will build our stage production around showcasing his quite staggering vocals. DNA’s composition is a perfect vehicle for Isaiah, and it was such an exciting collaboration to be part of.

“It literally gave me tingles to hear it completed. We can’t wait to present it on the stage in Kyiv.”