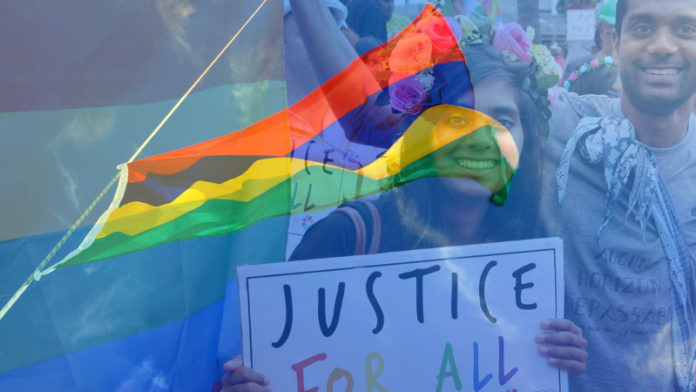 In a bid to make homosexuality legal in their homeland of Mauritius, four young activists have approached the nation’s Supreme Court and challenge the current laws constitutional standing.

Currently in Mauritius – while prosecution is rare, Section 250 criminalises homosexuality by stating: “Any person who is guilty of the crime of sodomy … shall be liable to penal servitude for a term not exceeding 5 years.”

Dissatisfied with the law,  the individuals banded together and applied to the court to request a declaration that Section 250 of the Mauritian Criminal Code Act of 1838 violated their fundamental rights and freedom, and therefore made it unconstitutional.

The young activists’ have since served copies of the application on the State of Mauritius, the Attorney General and the Director of Public Prosecutions, for them to inform the Supreme Court of their views on the matter on 30 September 2019.

While this is not the first time attempts have been made to change the law – Notably, in 2007, when the nations Law Reform Commission recommended that Section 250 be repealed, the young activists remain positive and passionate.

“LGBT people in Mauritius are your friends, family, and neighbours and deserve the same rights to have loving, caring relationships as everyone else,” explained lead plaintiff, Najeeb Ahmad Fokeerbux.

“It’s time to get rid of this colonial-era law, and we ask all Mauritians to support our effort.”

The four who come from Hindu, Christian, and Muslim backgrounds, met during their time as members of the Young Queer Alliance, and now have their case fro decriminalisation backed and represented by Dentons (Mauritius) LLP, the local office of the world’s largest law firm.