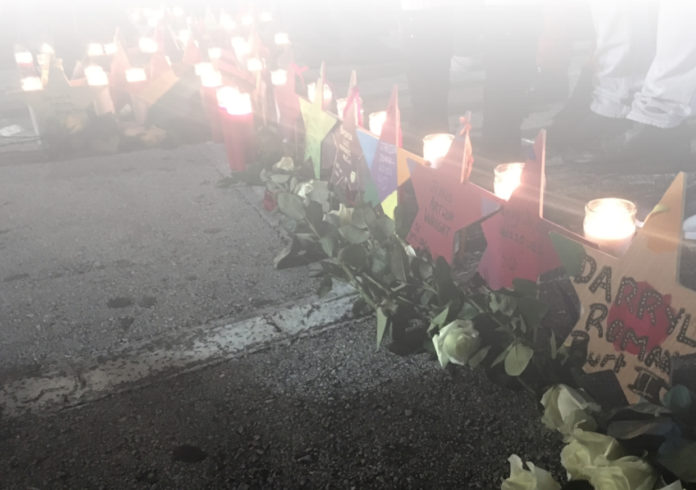 A somber vigil has been held six months on from the shooting that took the lives of forty-nine innocent people inside an Orlando gay nightclub.

Held outside the Pulse Nightclub, the “emotional” vigil started at 2:02am, which is believed to be the exact time when the loan gunman began his atrocious acts on the June 12.

The gathering which included some of the fifty-three survivors of the shooting were also joined by friends and relatives of some of the 49 who lost their lives, along with general members of the public.

One of the survivors in attendance, Orlando Torres elaborated on the “emotional” vigil to reporters saying, “It is the holidays … now they are going to spend the first one without their loved ones and it is tough for anybody, very tough.”

Torres has described the vigil as “very somber, very touching,” with “A lot of people crying very loudly.”

With forty-nine candles lit behind stars to represent the victims of the shooting, the names of each of the victims were read out to the crowd in attendance.

“It feels like it was yesterday,” Orlando resident Danny Weaver, who lost two friends in the shooting, explained to the Associated Press.

“I try to talk to people and say, ‘You know, it’s going to be OK. Orlando’s strong. We’re going to get through this. We’re going to make it better.’ I give them a hug and send them on their way. That’s all I can do.”

The Pulse nightclub shooting was the worst mass shooting in modern United States history, ending with the loan gunman being shot and killed by police at the end of the three-hour ordeal.