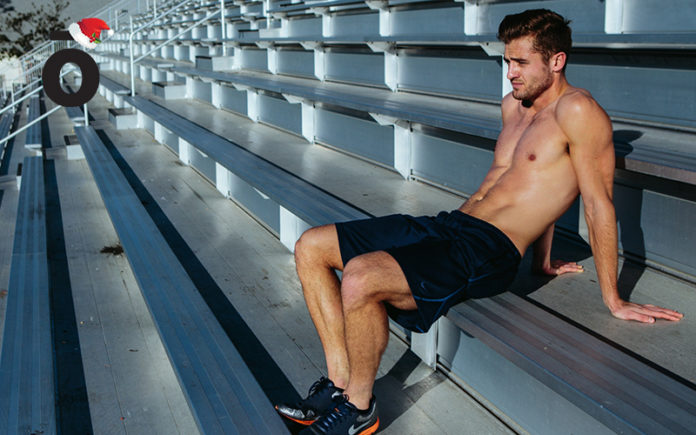 Christmas is the time of year to celebrate and indulge in food, fun and a little bit of extra Christmas cheer.

As is the Eikon tradition we thought it only fair to follow traditions of Christmas’ past and give our readers some extra eye candy before the big day arrives.

Welcome to Eikon’s 12 Gays of Christmas.

Robbie Rogers has to be in our 2016 Gays of Christmas for his outstanding work for the LGBT cause within sport.

Earlier in the year, a former Premier League Footballer has been suspended for two games after he called openly gay footballer Robbie Rogers “queer” repeatedly in a US Soccer League match on the weekend.

To his credit, the LA Galaxy star didn’t make a fuss about the abuse on the field but then wrote a cleverly worded message on his facebook page suggesting how upset he was.

“In the heat of the last fifteen minutes of the game a player from the opposing team called me a “queer” repeatedly,” Rogers posted to Facebook.

“To be honest my initial reaction was one of shock. This is my fourth season back in the MLS and I’ve yet to hear another player use that or any other gay slur during a game.”

The situation was investigated and resulted in a 2 game suspension for Richard Chaplow.

Rogers has also had a great year back with his long-term partner, TV Producer Greg Berlanti and their lovely new son Caleb.

He also recently appeared in the TV series The Real O’Neals playing himself to help one of the key gay characters.

Merry Christmas Robbie and we hope you, Greg and Caleb have a wonderful holiday season.