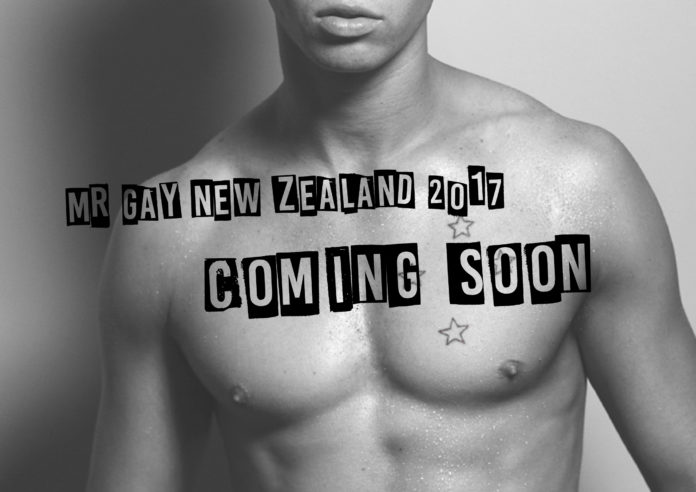 The 9th annual Mr. Gay New Zealand Competition will officially start on 19 December 2016 with candidates being able to register their interest in the highly contested title.

The Mr. Gay New Zealand 2017 final will be held at the Ending HIV Big Gay Out, with the shortlisted finalists being judged on their public speaking, community outreach, engagement, leadership ability, and mana.

Current Mr. Gay New Zealand Bernard Lee, who will be one of the judges of the 2017 competition urges anyone considering applying to do so.

“We want to celebrate diversity in our LGBTI+ community, especially in Aotearoa. Since our 30th anniversary of the Homosexual Law Reform this year, it is clear much has improved in terms of LGBTI+ rights in New Zealand.”

Despite New Zealand’s progress Bernard stresses that there is still so much work to be done, “It is vital for that diversity to be clearly represented in our future role models particularly in our search for Mr. Gay New Zealand 2017.”

Bernard has described his time in the Mr. Gay New Zealand Competition as “an experience like no other,” adding, “I clearly remember my initial thoughts of being anxious and nervous when participating in Mr. Gay New Zealand. I nearly pissed myself when I saw how huge the crowd was. Fortunately, being surrounded by amazing candidates who were in the same shoes as I was made me feel better.”

Bernard says that the competition would be cut-throat with competitors solely looking out for themselves in a bid to win at all costs, however in truth it was the opposite.

“A lot of the candidates are genuinely down-to-earth, lovable and extremely likable. Most of us remain great friends to this day!”

Mr. Gay New Zealand Producer, and former Mr. Gay New Zealand, Matt Fistonich says he hopes this year’s competition will continue to build on last year’s success, “Last year we were pleasantly shocked and encouraged by just how much interest we had.”

“It was truly a proud moment to see such a diverse range of New Zealanders put their names forward for the title of Mr. Gay New Zealand. It shows how far the competition has come in its nine years.”

New Zealand’s competition has drawn wide attention from around the globe, with many describing it as the jewel in the crown of Mr. Gay World Competitions.

Regional Director for Mr. Gay World Asia, Africa, and Oceania, Igor Scheurkogel explains to Eikon,”New Zealand has taken the lead and has set a new trend for Mr. Gay Competitions.

“Mr. Gay New Zealand evaluates what an individual can contribute to society, not by one’s looks, but by their passion.”

Igor who says that he is proud to be a part of and working with the Mr. Gay New Zealand Competition adds, “Mr. Gay New Zealand is creating a trend that provides the youth of today with real role models and something real to aspire to.”

Hopeful competitors are invited to pre-register for Mr. Gay New Zealand 2017 before official registrations open on Monday the 19th of December 2016 at mrgaynewzealand.com