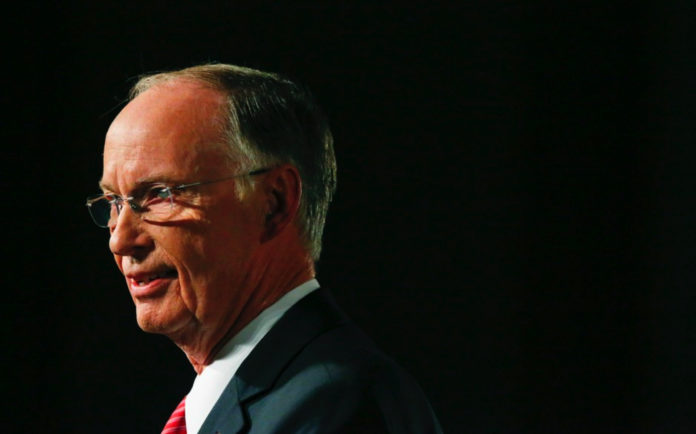 Alabama’s homophobic, and pro-traditional marriage Governor Robert Bentley, has officially resigned from office following a sex scandal that would have ultimately led to impeachment.

Bentley, who is a strong believer in “traditional marriage,” has been widely criticised on his anti-same-sex marriage stance following an explicit phone sex recording, and his separation from his wife of 50-years.

After being forced to acknowledge making sexually charged remarks to his senior political adviser, Rebekah Caldwell Mason, following the separation from his wife, Bentley says, “I have decided it is time for me to step down as Alabama’s governor.”

Bentley, who is a father of four and grandfather of six, is a former Baptist deacon and is known to be a vocal opponent of LGBTI rights and same-sex marriage, strongly referencing his Christian faith for his point of view.

During his campaign for Governor in 2010, Bentley ensured his voters that he “will ensure that Alabama does not follow the trend of allowing gay marriages or civil unions.”

“I will protect our state’s right to define marriage as between one man and one woman,” assured Bentley.

Calling for Alabamians to work together to protect traditional marriage Bentley has also called gay marriage a “social experiment‘ that destroys the rights of children to be connected to their biological parents,” in an address the U.S. Supreme Court.

Bentley will be succeeded in office by Lt. Gov. Kay Ivey.