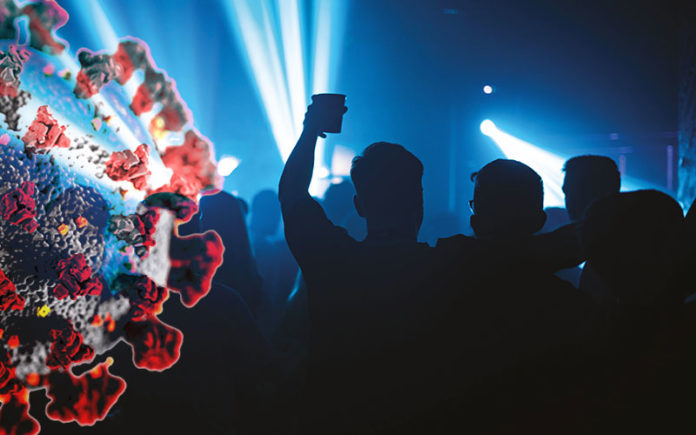 Police are continuing to investigate allegations that a man who claims to be infected with Covid-19 intends to maliciously spread the virus throughout the gay and ethnic communities of New Zealand.

The allegations, first published by express magazine, claimed the man has posted messages on an extreme hate website where he said he has symptoms such as “a really sore throat” and the inability to stop coughing.

The man claimed he would visit gay bars and ethnic churches in New Zealand’s largest city Auckland in order to spread the virus.

His message stated he was planning to go to a gay bar on Wednesday night hoping to achieve “10-20 infections” and asked fellow users of the site for tips on how to “fit in” at the bar “without risking get hit on.”

A local gay bar manager alerted express to the messages and has passed all of the screenshots onto local police.

An Auckland Police Spokesperson on has said they are, “continuing to make enquiries into an anonymous post made on an online forum on Monday.

“The nature of this anonymous post is concerning and Police take these sorts of matters extremely seriously.

“Police is limited in further comment at this stage as our enquiries are ongoing,” Police Spokesperson said.

New Zealand has been one of the most successful countries in combatting Covid-19 with the country completely locked down for a period of five weeks in April.

For the majority of the time since, life has been relatively normal including the opening of bars, clubs and churches with little if any social distancing or restrictions.

After an approach from Gay Nation about the allegations a New Zealand Government’s Ministry of Health spokesperson said, “The Ministry supports the Police as being the appropriate agency to look into this incident as they will be best placed to find out what’s happened and determine what further actions are required.

“Anyone concerned and wanting information about COVID-19 should contact Healthline on 0800 358 5453.”