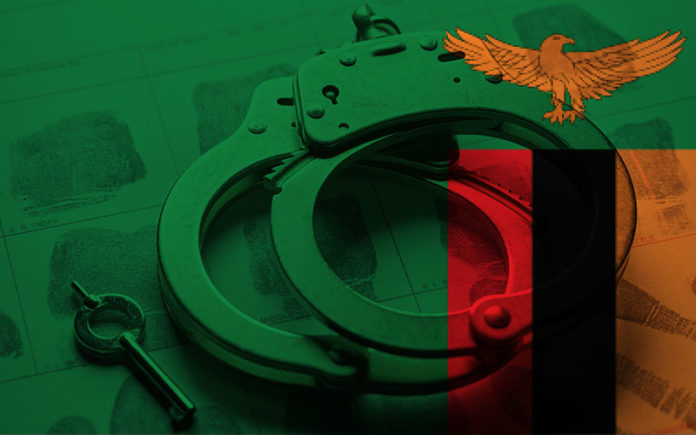 Two men in Zambia that were jailed for 15 years for having sex in the privacy of a hotel room more than two years ago have had their appeal rejected.

Japhet Chabata and Steven Samba were first convicted of having sex “against the order of nature” by the Kapiri Mposhi Magistrates’ Court last year.

The men were arrested in October 2017 at a lodge in Kapiri Mposhi after an employee, who saw them having sex through a window, called the police.

After losing their court case last year they took the matter to the Lusaka High Court which has now rejected their appeal and affirmed their 15-year prison sentence, under British colonial-era anti-LGBTIQ legislation.

In a statement, the US Ambassador to Zambia, Daniel Foote, said he was “horrified” by the news.

“Decisions like this oppressive sentencing do untold damage to Zambia’s international reputation by demonstrating that human rights in Zambia [are] not a universal guarantee,” he wrote.

“Government officials can steal millions of public dollars without prosecution while political cadres can beat innocent citizens for expressing their opinions with no consequences,” Foote added.

Chanda Kasolo, Permanent Secretary in the Ministry of Information, responded via Bloomberg, asserting that the court’s decision “is the will of the Zambian people, we have to be with the people by abiding by the law.”

Foreign Affairs Minister Joseph Malanji said he will lodge a complaint with Washington about the ambassador’s comments suggesting that Zambia has values and culture which must be followed by any person whether citizen or through any other accreditation.

This year alone, at least four individuals in two separate cases have been arrested on homosexuality charges in Zambia, as recently as August.