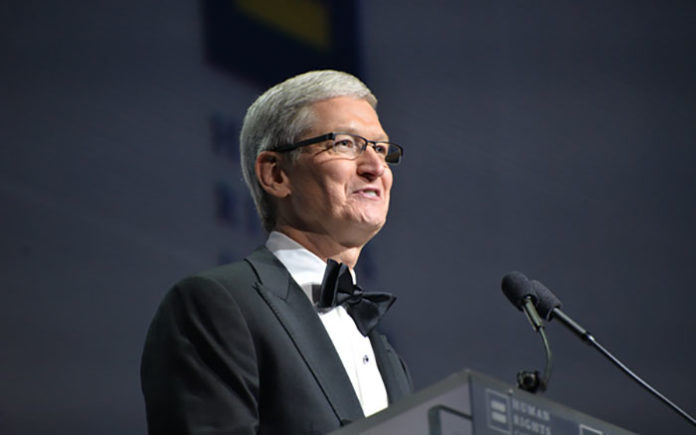 In an interview with CNN, Apple CEO Tim Cook has said that being gay ‘is God’s greatest gift to me’.

Cook opened up why he decided to come out in an interview with CNN’s Christiane Amanpour overnight.

“I was public because I started to receive stories from kids who read online that I was gay, and they were going through being bullied, feeling like their family didn’t love them, being pushed out of their home, very close to suicide—things that just really pulled my heart,” Cook said.

“I needed to do something for them, and show them you can be gay and still go on and do some big jobs in life, there’s a path there.”

Cook came out in 2014 making him the first out CEO of a US Fortune 500 company. He said that coming out also gave him leadership skills

“I learned what it was like to be a minority,” Cook told CNN.

“The feeling of being in a minority gives you a level of empathy for other people who are not in the majority.”

Watch the full interview on your gay nation below.