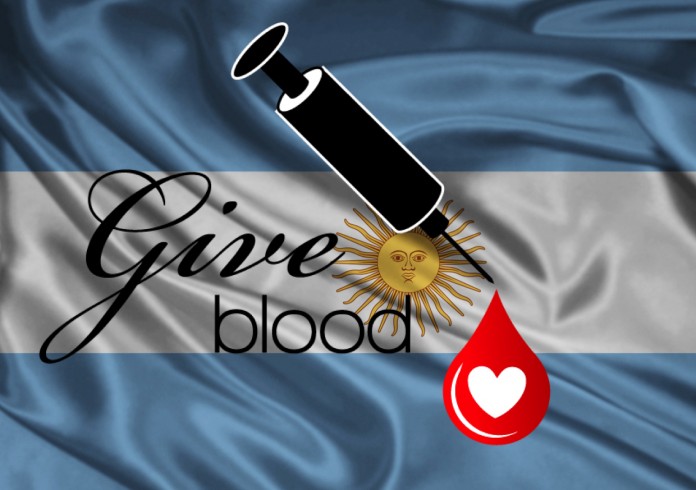 Argentina has joined a small list of countries that include Italy, Spain and Portugal who have lifted the ban on gay men donating blood.

Daniel Gollán who is the Argentinian Health Minister said the decision to lift the ban was scientifically and technically accurate under the nations new policy.

“Argentina is able to move toward a national blood system that is safe, caring and inclusive.”

The decision was made to assess gay men on individual risk on whether to accept blood, as opposed to ban donors due to their sexual orientation.

Most countries around the world including the United States, Iceland, China, Belgium, Germany and France have prohibitions on donations of blood from Men who have sex with Men (MSM).

Some countries will allow MSM to donate blood, provided the abstain from having sex with other Men for a projected period of time, with the most common period being one year, as is the case in both New Zealand and Australia.

Earlier in 2015, the former leader of the UK’s Green Party, Caroline Lucas and leader of the Liberal Democrats, Tim Farron, called for Britain to come to the forefront of blood equality, the end to the ban.

“I’ve long called for a review of the evidence on allowing people to donate safe blood in compliance with the Equality Act 2010.”

“Crucially, this would also help ensure that men who have sex with men, for example, are not discriminated against when they want to donate blood,” explained Lucas.