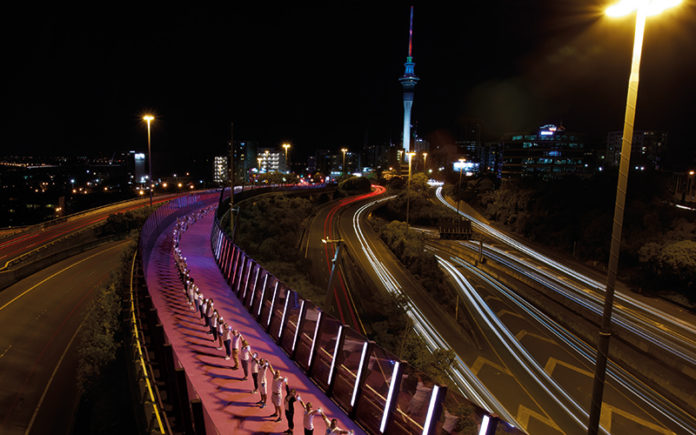 The campaign is directed not just at the ANZ LGBTIQ staff but also it’s customers and the broader community.

The group of Aucklanders brightened up the night by sporting #HoldTight wristbands which glowed when connected, a striking addition to the hot pink glow of the path.

It was an encouraging message to the Pride community to #HoldTight when they feel like letting go, just days ahead of the Auckland Pride Parade.

ANZ is a longstanding supporter of Auckland Pride and Sydney Mardi Gras with both festivals holding parades over the next two Saturday nights.

2017 marks the fifth year that ANZ staff will be marching in the Auckland Pride Parade which gets underway on Saturday night at 7.30pm along Ponsonby Road.