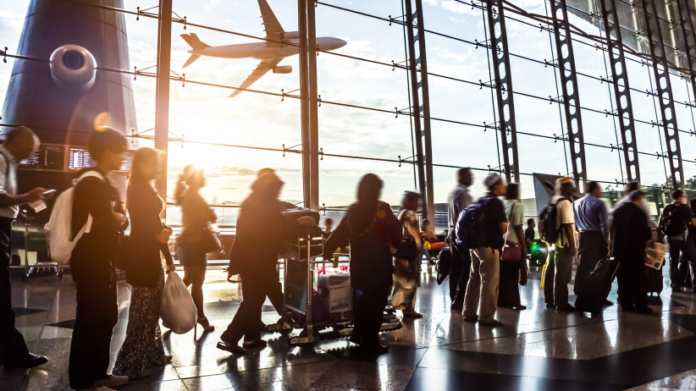 A Canadian man has been denied entry to the United States after Custom and Border officers suspected the man was a sex worker after looking through his mobile phone hook-up apps.

The 30-year-old Vancouver man was detained for many hours while officers went through his phone looking at gay apps, emails and then challenging him on items including statements on the man’s profile.

Speaking with Daily Xtra, André (declined to give his last name), said the whole process was humiliating and it led him to miss his flight to New Orleans where he was heading to see his boyfriend.

When he was going through Customs preclearance at Vancouver airport last October, he was selected for secondary inspection, where an officer took his phone, computer, and other possessions, and demanded the passwords for his devices.

“I didn’t know what to do. I was scared, so I gave them the password and then I sat there for at least an hour or two. I missed my flight,” André explained to DailyXtra.

“He came back and just started grilling me. ‘Is this your email?’ and it was an email attached to a Craigslist account for sex ads. He asked me, ‘Is this your account on Scruff? Is this you on BBRT?’ I was like, ‘Yes, this is me.’”

When the officer asked him what he meant by “looking for loads,” André said he tried to explain, but the officer kept grilling him.

“I could tell just by his nature that he had no intentions of letting me through. They were just going to keep asking me questions looking for something,” he said.

“So I asked for the interrogation to stop. I asked if I go back to Canada am I barred for life? He said no, so I accepted that offer.”

A month later, André attempted to fly to New Orleans again. This time, he brought what he thought was ample proof that he was not a sex worker: letters from his employer, pay stubs, bank statements, a lease agreement and phone contracts to prove he intended to return to Canada.

“They went through my computer. They were looking through Word documents,” André said.

“I had nude photos of myself on my phone, and they were questioning who this person was. It was really humiliating and embarrassing.”

“They said, ‘Next time you come through, don’t have a cleared phone,’ and that was it. I wasn’t let through. He said I’m a suspected escort. You can’t really argue with them because you’re trapped.”

André says he lost at least $1200 on non-refundable flights and hotels on the two canceled trips.