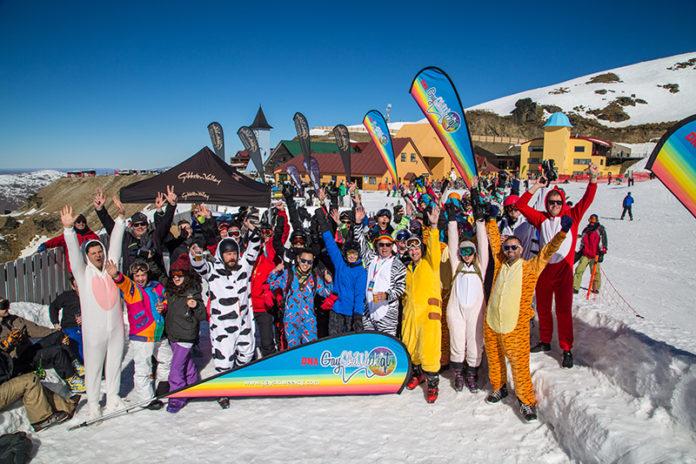 As most of New Zealand and Australia suffer through some of the warmest weather of summer, it’s time to think of the depths of winter at the South Island’s snow playground Queenstown.

The 2017 Gay Ski Week Queenstown officially launched on the weekend and organisers believe this year’s parties will be bigger than ever.

During the week-long event from 2 – 9 September, organisers have planned something for everyone with dance parties combining with quiz nights, karaoke sessions, film evenings, cabarets and even a long lunch.

Event Manager of Gay Ski Week QT Sally Whitewoods spoke exclusively to eikon about the one thing they have worked on for this year, the final party.

“This is so exciting and I can’t wait for everyone to experience Propaganda Gold.”

This year they have also announced a new partner for 2017 with Rainbow Pages joining Gay Ski Week QT.

“Partnering with Gay Ski Week QT means we can help to bring communities together, which is what Rainbow Pages is all about,” Bennett said.

As well as new events, in 2017 Gay Ski Week QT have created different levels of VIP passes which include different add-ons throughout the week.

These passes and all packages are able to be booked now and Sally Whitewoods encourages people to book early.

“We find that every year, patrons wait until the last minute and are then disappointed when certain events have sold out,” Whitewoods said.

“If you buy now, it avoids missing out on your favourite events.”

Gay Ski Week QT will be held between 2 – 9 September 2017 and for more information or booking packages go here.