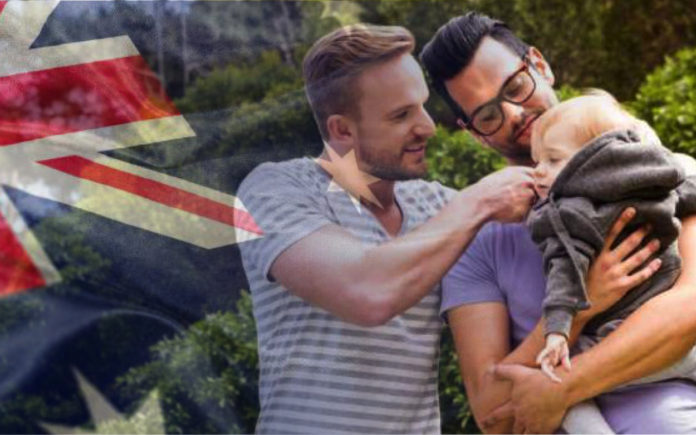 Australian same-sex couples from across all states are now able to legally adopt children, showing how far the nation has come in such a short period of time.

The historic move which saw lawmakers adding amendments to the Northern Territory’s Adoption of Children Act, to ensure that both same-sex couples along with de facto couples can now legally adopt.

Lawmakers in the Northern Territory which was the last region of the country to hold out against the tide of progress have since been praised by LGBTI and Human rights groups from across the world, for progressing on the issue.

Sally Cotton, who is a member of LGBTI group Rainbow Territory, welcomed the groundbreaking amendments, saying that “Rainbow Territory strongly supports today’s amendments to the Adoption of Children Act. This is an important law reform.”

“For too long access to adoption had been restricted to married couples. This didn’t reflect the people and families that make up the Territory and directly discriminated against same-sex couples and unmarried couples,” Cotton added.

Speaking with The Armidale Express, the Northern Territory’s Minister for Families, Dale Wakefield, explained that the change in legislation would be good for both same-sex couples and kids

“Children and families are at the heart of the Government’s decision making and that’s why we introduced this legislation change to Parliament last year.”

“All couples, regardless of marital status or gender, who genuinely want to provide children with a loving, caring and safe home environment, should have the legal right to apply.