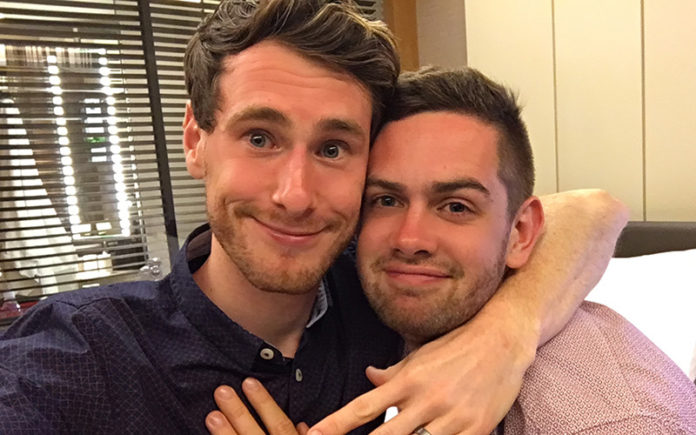 Same-sex couples in Australia can now officially marry each other legally as the one-month Marriage Act delay came to an end at midnight.

Couples from across Australia grabbed the spotlight and a moment in history as they married as close to midnight as they could.

While a handful of special-case ceremonies have already taken place, most couples have had to see out the statutory one month waiting period until they can actually tie the knot.

Weddings were held in Sydney’s Centennial Park, on the steps of the Western Australian Parliament and at an estate on the Tweed Coast, where Commonwealth Games athlete Craig Burns wed his fiancee and fellow sprinter Luke Sullivan at the stroke of midnight.

15 day count down till I marry this man in what will be one of the most magical days of our lives! Definitely starting the new year with a bang ????????❤️ #benandmichaelsayido #marry #fiance #countdown #excited #special #love #boyfriend #gaylove #happydays

Or very own couple Ben and Michael, that won ‘Australia’s First Gay Wedding Competition’ will wed in front of their family and friends on Thursday in Sydney.

The two were put through their paces in a rehearsal yesterday with celebrant Lisa and all of our suppliers are putting the finishing touches to the $40,000 wedding which will kick off at 12.30pm at Pier One Sydney for the ceremony before heading to the reception at Zest Waterfront Venues, The Spit.

The “First Gay Wedding” competition was put together by 20 different wedding suppliers from across Sydney with the support of Eikon, Gay Sydney Australia and Mr Gay Pride Australia.

The happy couple have spent the last 4 weeks planning for their rush wedding after being engaged a few months ago. Instead of looking at a late 2018 wedding, they will now be married this Thursday.

Wendy McColl, whose business Kombi Weddings, will provide the wedding day transport, said the competition was a great way for the industry to celebrate the postal survey yes vote.

“We’re believers in humanity & equality, so we were thrilled when Australia voted yes. It was a great moment in Australian history,” McColl said.