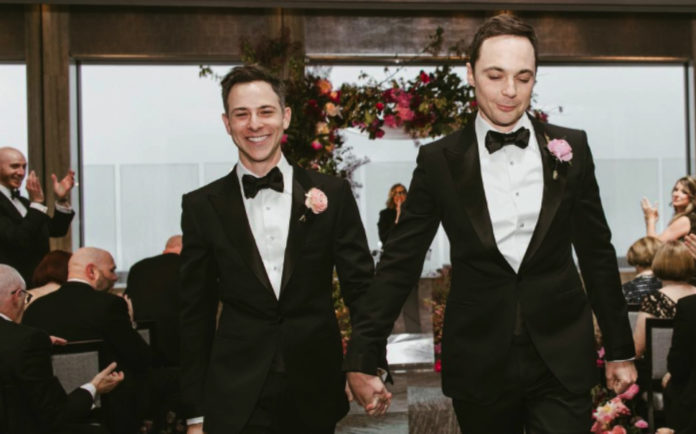 The couple’s intimate New York wedding, marked 14 years of partnership, with Parsons taking to Instagram writing, “I met this guy 14 years ago today and it was the best thing that ever happened to me, no contest.”

“There was no going back, luckily. I took Todd along to the first award shows, as my date, and what happened?

“Absolutely nothing. And afterward, nobody ever asked me: ‘Are you gay?’” Parsons said in 2016.

The Golden Globe-winning, Texas-born, New York resident did confirm his sexuality to the public during an interview in 2012.

The pair were later honoured by the Gay and Lesbian Student Education Network (GLSEN) with its Inspiration Award, Parsons said: “I’m not an activist. We simply live our life.”