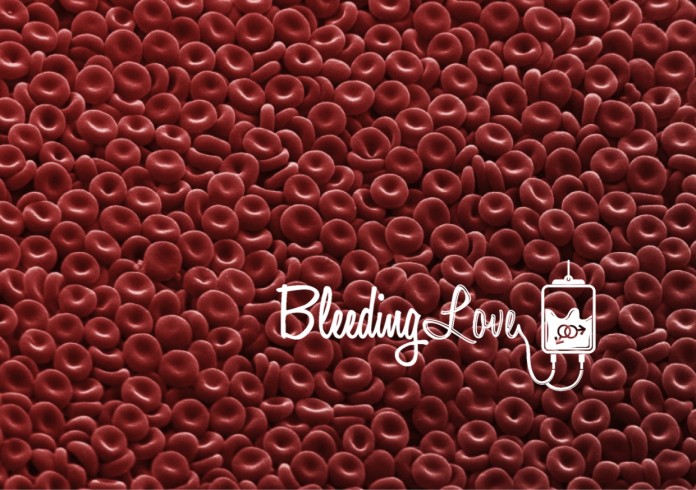 Around the world most countries including the United States, Iceland, China, Belgium, Germany and France have prohibitions on donations of blood from Men who have sex with Men (MSM).

Some countries will allow (MSM) to donate blood provided the abstain from having sex with other Men for a projected period of time, with the most common period being one year, as is the case in both New Zealand and Australia.

Many LGBT organisations view the restrictions on donation as based on homophobia and not based on valid medical concern since donations are rigorously tested to rule out donors that are infected with known viruses such as HIV, Hepatitis B, and Hepatitis C. They state the deferrals are based on stereotypes.

Proponents of the lifetime restriction defend it because of the risk of false negative test results and because the MSM population in developed countries tends to have a relatively high prevalence of HIV/AIDS infection.

The Bleeding Love Project encourages supporters to use their voices through social media and networking to raise awareness of this issue.

The project allows all varieties of people to pose in a photo with a sign reading “Gay Is Not A Disease” or “My Blood Is Clean.”

In Iceland, musical superstar and Iceland’s second place finisher at Eurovision, Fridrik Thor, has confirmed that he backs the project 100%, and has also confirmed a private photoshoot so he can pose for the campaign supporting the cause.

The President of Iceland, Olafur Grimsson, has also given his support and has high hopes for the project.

“The people of Iceland support this cause,” said Troy Michael Jonsson.

“They want gay people to be able to legally donate blood.

“But they do not like controversy, I on the other hand, do not mind fighting for what the gay people of Iceland rightfully deserves: Full equal rights.” said Jonsson.

Johnson’s goal is to get the Iceland Parliament to take action and “force the blood bank to concur further tests to provide valid evidence if they truly believe that gay blood is at a higher risk”.