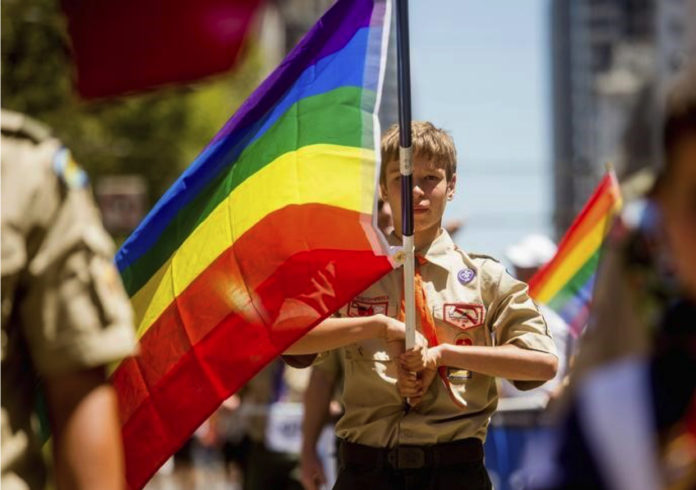 The Boy Scouts of America have officially confirmed that transgender children will soon be allowed to join as members of their organisation.

The announcement by Boy Scouts of America Director of Communications, Effie Delimarkos on Monday, January 30, follows legal action from the family of an 8-year-old boy who was kicked out of his troop in New Jersey for being transgender.

“Starting today, we will accept and register youth in the Cub and Boy Scout programs based on the gender identity indicated on the application,” explains Delimarkos in a statement.

“Our organisation’s local councils will help find units that can provide for the best interest of the child.”

Joe Maldonado who has identified as male since he was two years old has since been allowed back into his troop with the Maldonado lawsuit claiming the Northern, New Jersey Council of Boy Scouts violated state law which protects individuals against discrimination based on gender identity.

Despite Joe’s reinstatement into his troop, some parents of other children complained, resulting in Joe’s mother being asked “prove” her son was a boy and was told the group only allowed boys based on their birth certificate and biological sex.

In response, Delimarkos explained in her statement that “For more than 100 years, the Boy Scouts of America, along with schools, youth sports and other youth organisations, have ultimately deferred to the information on an individual’s birth certificate to determine eligibility for our single-gender programs.”

“However, that approach is no longer sufficient as communities and state laws are interpreting gender identity differently, and these laws vary widely from state to state.”

With The Boy Scouts of America’s ban on openly gay scouts finally ending in 2013, the organisation also lifted the ban on scouts over the age of 18 which also applied to adults leaders and employees of the organisation in 2015, however no policy had been instated  that applied to transgender members.