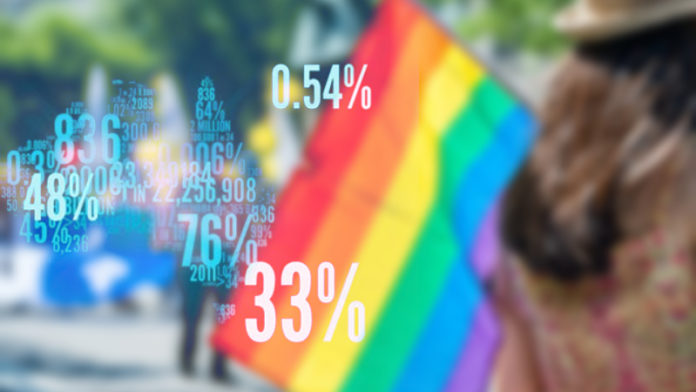 Australian health professionals are urging the Australian Bureau of Statistics (ABS) to collect data on sexual orientation, gender identity and intersex status in the next Census.

Described as a broad coalition of health and wellbeing NGOs, the group made their requests in a statement that has been endorsed other organisations including, the LGBTI Health Alliance, Suicide Prevention Australia, Rainbow Health Victoria, the Kirby Institute, Dementia Australia, the Cancer Council, ACOSS, AFAO, The Equality Project, Mental Health Australia, Black Dog Institute, Palliative Care Australia, IHRA, the Australian College of Mental Health Nurses, and the The Pinnacle Foundation, to name a few.

According to reports the ABS recently questioned if sexual orientation, gender identity and intersex status should be included as categories for the 2021 Census, categories that have never been included in an Australian census to date.

Urging ABS to make the decision to include such categories the group state that “the Census is best placed to understand the cultural, economic and social diversity of our communities, providing information about the population across small geographic areas and long-time trends in key aspects of the lives of Australians.”

“Census data underpins government funding and investment and informs government decisions in a range of areas, including healthcare and social services planning.”

“The current exclusion of appropriate sexual orientation, gender identity and intersex status questions in the Census means that clear demographic data of the Australian population is not being captured.”

The group say that by collecting such data, the information obtained would help deliver strategies, policies, and programs around LGBTQI health outcomes and wellbeing.

“Asking appropriate questions on sexual orientation, gender identity and intersex status in the Census is crucial in fostering an evidence-informed environment for health and economic policy service planning and understanding health and social service utilisation,” the groups say, “This is essential in addressing the significant health disparities that LGBTI people experience.”