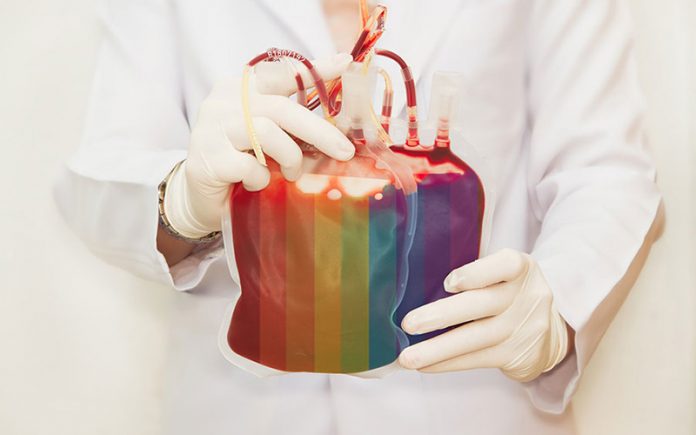 Gay men may soon be allowed to donate blood with little if any restrictions after parliaments in two parts of the world start to consider winding back the 12-month blood bans.

In Canada, an Ottawan parliament has passed a motion that will see the science behind the 12 months policy reviewed.

Calgary Conservative MP Len Webber is hoping the health committee study during the next three months will help establish who should be able to donate.

“There is this impression that a one-year ban on the men sex with men blood donations is not based on science. That is what I hope to clear up at this committee meeting and study by just asking to take a look at the justification against gay men donating blood,” he explained to News 1130.

His motion was passed unanimously.

The Federal Liberals promised to end the ban on gay men donating blood in its election platform.

Changes were made by Health Canada in August reducing restrictions from five years to one while in the United Kingdom a change to the policy is also gaining large scale support.

In 2015 gay blood donor advocate Ethan Spibey set up a campaign called Freedom to Donate to garner support from organisations and individuals to both raise the profile and engage policy makers in the discussion of reducing the 12 months ban.

In its first nine months Spibey had gained the support of all major political parties, all the leading LGBT organisations in the UK, held an event in the State Apartments of the House of Commons and received the support of almost 50,000 people via an online petition.

And in October the first formal parliamentary enquiry into the restrictions will be held in the Uk parliament.

“It is my firm belief that all those who wish to donate blood and can do so safely, should be able to,” Spibey wrote in The Telegraph.

“In 2016 with testing methods and our knowledge of blood borne viruses more advanced than ever before, it is right that we once again look at who can take the magnanimous step of becoming a blood donor.

“I’m a gay man, and it shouldn’t mean I can’t donate blood.”