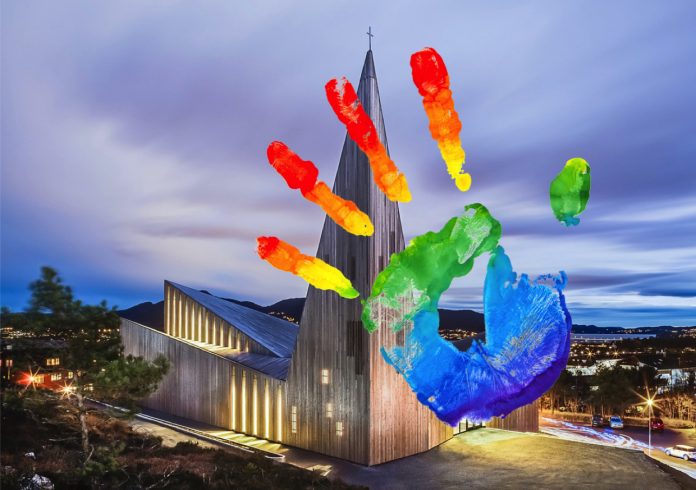 The Church of Norway has ended over two decades of debate by voting in favour of enabling same-sex couples to get married within the Church.

The new marriage ceremony rules were approved during a Bishops’ Conference (Kirkemøtet) where Church of Norway Leaders (Den Norske Kirke) voted 88 in favour with 32 against.

“This is a big day for me, for Åpen Folke Kirke, (Open people’s church) and for the Church of Norway. Finally, we will celebrate love regardless of whom one loves,” Explained Gard Sandaker-Nilsen during a conference in Trondheim.

The historic decision does allow bishops and other church officials the right to refuse officiating same-sex marriages, however, gay couples are also insured the right of being married in their local church even in the event of officials declining to carry out the service themselves.

According to Sandaker-Nilsen, the Åpen Folke Kirke has been advocating for gay church marriage since the church’s September elections.

“Åpen Folke Kirke believes that marriage is a commitment and a celebration between two people, regardless of whether it is two men, two women or a woman and a man,” Sandaker-Nilsen explains to NRK.

The latest marriage ceremony rule change highlights that the church has made significant progress from their last discussion on same-sex marriage in 2014 when the idea was shot down. However despite the progress, the results show that there is still a large amount of resistance among church members.

“For my part, and the thousands who I represent here, the disappointment, sorrow and uncertainty is great. Disappointment and sadness because today we are introducing a doctrine that a unified diocese called heresy in 1997. This goes against the Bible and Jesus’s word on marriage,” Says Rolf Magne Haukalid, who was one of the several opponents to speak before the vote.

Norway remains one of the most liberal countries in Europe when it comes to LGBTI rights, with the Church of Norway allowing the ordination of homosexuals, along with same-sex civil marriage and adoptions been legalised in 2009.