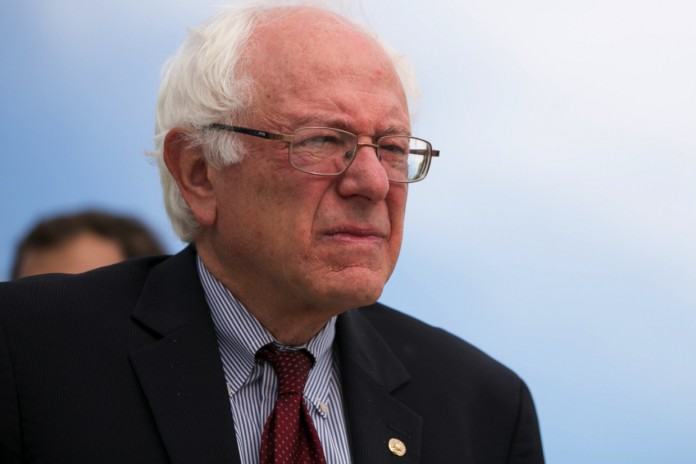 The longest serving independent member of the US Congress, and Democratic Party Presidential Candidate, Bernie Sanders is arguably the most LGBTI friendly candidate running for the White House and following the first Democratic Debate last week is edging closer towards Clinton to gain the nod in next year’s Presidential Election.

Sanders has been consistent in his position and beliefs on LGBTI rights, supporting them long before it was politically beneficial to do so, even calling on President Obama to “join in supporting marriage equality” in 2011.

In online polls following the first debate, Time’s online poll consisting of 274,473 votes showed 59% of respondents felt Bernie Sanders won the Democratic debate while only 12% sided with Hillary Clinton. Granted, this data isn’t as scientific as the CNN/ORC poll showing Clinton’s support among women voters dropping from 75% in December of 2014 to 51% (Sanders is up to 27% from only 2% in December of 2014) by the end of August.

Out of around 30,000 respondents, the MSNBC poll shows 65% believed Bernie Sanders won the debate (only 11% for Clinton) with Martin O’Malley receiving only 375 votes. Likewise, these results aren’t as accurate as a poll conducted by Google Consumer Surveys for IJ.com, showing Sanders ahead of Clinton nationally.

Sanders has been an outspoken ally of the LGBTI community since he first ran for office In 1972 and 1976. He proposed the abolishment of all discriminatory laws in relation to sexuality In 1983, and after he was elected to be mayor of Burlington, in the state of Vermont, he backed the city’s first-ever pride march.

The 74-year-old has voted against measures that impede LGBTI rights throughout his decades of public service and has supported those that protect LGBTI people from discrimination.

This video from 1995 shows Sanders angrily pulling up a Republican congressman who referred to “Homos in the military” as a problem.

Sanders has been a long time supporter of same-sex marriage and is the only presidential candidate in the 2016 race who voted against the Defence of Marriage Act (DOMA) that was passed by Congress in 1996, which defined marriage as the union of one man and one woman.

The presidential candidates LGBTI rights record continues when in 2013, he co-sponsored the Uniting Families Act, which was primarily intended to allow LGBTI residents and citizens of the United States to bring their partners into America, just as members of opposite sex couples are able to do.

Bernie Sanders praised the historic ruling that legalised same-sex marriage across the United States when the DOMA was overturned by the Supreme Court in June 2015.

Unlike many politicians, Bernie Sanders can be praised for his consistency and for standing up for what he believes is right whether it is popular to do so or not. This will hold him in good stead heading to the primaries early next year.