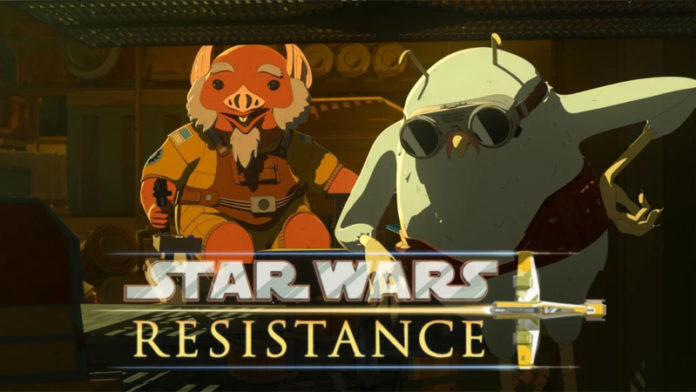 The confirmation of an openly gay couple from the show’s producers followed speculation around the friendship between Orka and Flix, two aliens who supply characters with starship parts on Star Wars Resistance.

Speaking with the podcast Coffee with Kenobi, executive producers Athena Portillo, Justin Ridge, and Brandon Auman confirmed that Orka and Flix—voiced by Bobby Moynihan and Jim Rash, are and have always been a gay couple since the show first premiered last year.

“They’re absolutely a gay couple and we’re proud of that.”

While the producers stress that of course, Flix and Orka aren’t human they are both males, and officially the franchise’s first openly queer characters.

The crew aboard the Colossus will have to work together as they face their biggest challenges yet. Watch the second, final season of #StarWarsResistance, premiering Sunday, October 6 at 6pm PDT on @DisneyXD and 10pm PDT on @DisneyChannel and in the DisneyNOW app.