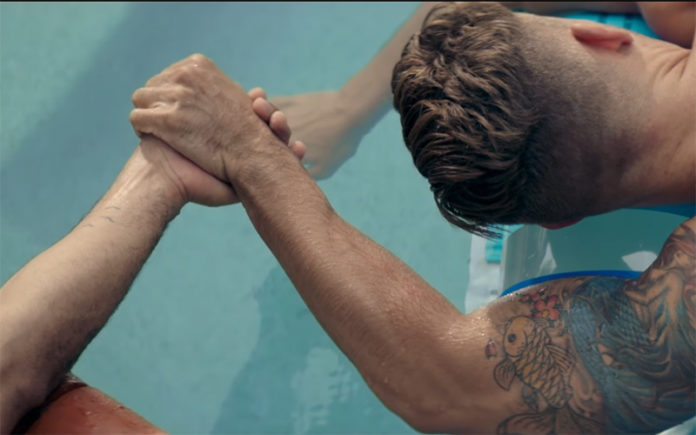 Do you hold hands with your partner, boyfriend or someone special in public?

Feels like a basic show of love in the heterosexual community but are LGBTI people still too shy or even scared to do so in public.

From a study conducted across both New Zealand and Australia last week, it seems to be that way.

The figures released as part of an ANZ bank activation for Mardi Gras and Pride shows that 52% of the Australian LGBTI community are not happy holding hands in public while in New Zealand people feel a little more at ease with only 39% not happy doing so.

The results seem staggering given heterosexual people feel quite happy in holding hands with only 18% saying they feel uncomfortable.

But is their devil in this detail.

After exploring further we find out of the 504 people surveyed in New Zealand online by Galaxy, only 53 of these respondents were LGBTI. In Australia, the percentage figure is around the same, with 1,001 surveyed and 100 identifying as LGBTI.

This seems like small amounts and not incredibly representative of the population…or is it.

In the most recent surveys across both countries, it’s suggested 5.8% of the population is LGBTI in New Zealand and 3.4% in Australia, making this study more reliable than expected.

Of the LGBTI people that said they have felt uncomfortable holding hands, it was young New Zealanders who led the age groups, with Gen Y at 23%, followed by Gen X at 21% and Baby Boomers at a low of 15%.

The LGBTI community polled said they are most comfortable holding hands in front of their extended family (73%), but least likely to feel comfortable in front of an elderly stranger (14%).

ANZ bank in both New Zealand and Australia have launched their “Hold Tight” campaign to show their support for LGBTQ communities in both countries as part of their ongoing commitments to Mardi Gras in Sydney and Pride festivals in Auckland and Wellington.

ANZ Australia’s Managing Director of Corporate and Commercial banking, Mark Hand, who is also Chair of ANZ’s Diversity Council, said a simple gesture like holding hands in public is something all Australians should feel comfortable doing.

“Yet our research shows members of the LGBTI community are three times more likely to feel uncomfortable with this basic display of affection,” Mr. Hand said.

“This highlights just one of the challenges that many members of the LGBTIQ community
face in everyday situations.”

“Holding hands is a very simple and public way of declaring love, but, sadly, not everyone in our community feels comfortable,” Ms. Watson said.

“While most Kiwis take holding hands in public for granted, members of our LGBTI community feel judged doing so.”

ANZ has launched a heart-warming video surrounding this campaign which has gone viral across the world.

“We’ve launched this new #HoldTight initiative so we can get behind our LGBTI staff, customers and community to share our support for equality,” Ms. Watson said.

“It also sends a powerful message to our staff that we want them to be true to themselves at work.”