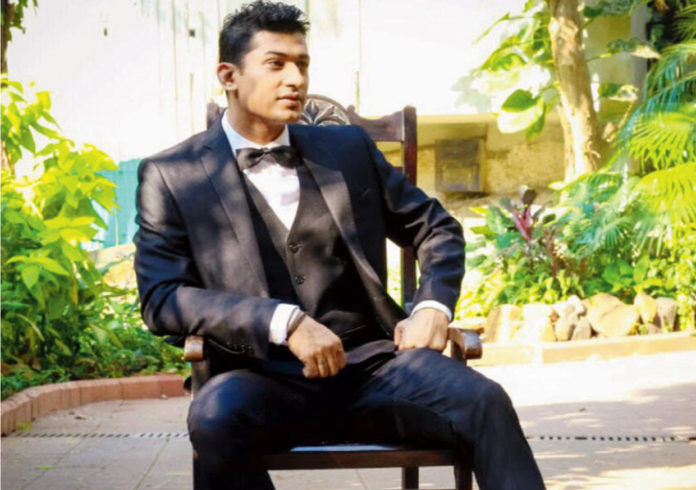 India has joined New Zealand in announcing their representative for Mr. Gay World 2017 with Darshan Mandhana taking the 2017 Mr. Gay World India title during the final held in Mumbai.

The 31-year-old HR professional from Mumbai who has competed in Mr. Gay World India three times in total says “It is an honour to be winning a pageant that stands for a larger cause. I had made a lot of effort to prepare myself this year.”

Darshan Mandhana was crowned Mr Gay World India (MGWI) 2017. Mandhana, an HR professional from Mumbai, had made it to the top three, along with Sai Ganesh Krishnamurthy from Bangalore and Rohan Pujari from Mumbai.

Giving credit to his family and his local community of Jaiselpur near Kolhapur, Maharashtra, Mandhana believe that the support he received played a ke role in his win saying, “My family loves me the way I am which gives me strength. My partner and the community were by my side and they guided me through the journey.”

Mandhana who made the top three along with Sai Ganesh Krishnamurthy from Bangalore, and Rohan Pujari from Mumbai, follows Anwesh Sahoo from Odisha who had won this title in 2016.

Mandhana who will soon be going up against New Zealand’s Charlie Tredway, and Australia’s David Frances at Mr. Gay World 2017 highlights the enormity of the challenge ahead saying “It is a huge responsibility to be representing the community and the country at the world pageant.”

“The expectations are to build on a strong personality with respect to diction and body sculpting. There will be training sessions from experts as well.”

Commenting on Mandhana’s victory, Sushant Divgikar who is the Producer of Mr. Gay World India, and Mr Gay World India 2014, says, “It is not just a beauty pageant, but about finding a global leader for the LGBT community. Mandhana’s never-give-up attitude was loved by the judges a lot and contributed to his victory.”