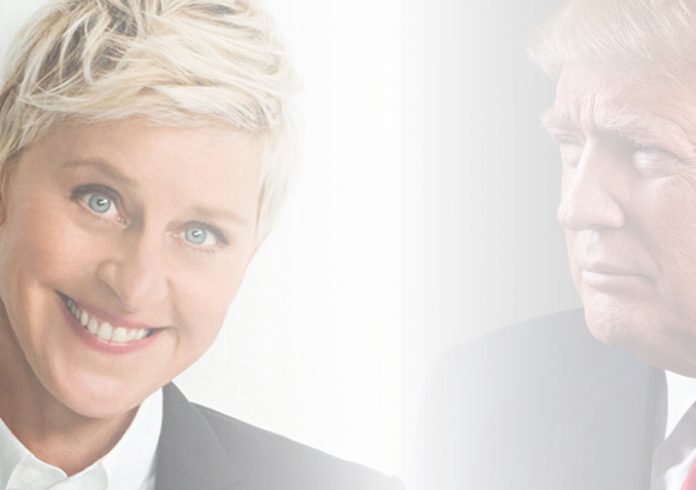 Ellen DeGeneres has taken a swing at presumptive Republican nominee Donald Trump, describing him as a “bully.”

The American comedian, television host, actress, writer, and producer made the comments during an interview on ABC News, to promote blockbuster animated film, Finding Dory.

DeGeneres who had recently welcomed Hillary Clinton and President Barack Obama onto her talk show was asked whether she would also welcome Trump onto her show.

DeGeneres was then asked what she felt Donald Trump represents, to which she replied “He’s a bully. He represents a bully.”

“He can deny that, but I think anybody that looks up the definition of a bully will see that … He says, ‘Oh, I just attack back. If someone attacks me I’m gonna attack back.'”

With former Republican presidential nominee John McCain appearing on the Ellen DeGeneres Show in 2008, when she confronted the presidential hopeful on same-sex marriage, DeGeneres stresses that her views on Trump are not based on her own political views.

“I’m not saying anything about Republicans … I’m not anti-Republican, I’m not anti-anything. I’m pro-human being. I just don’t like bullies.”

Watch the interview below