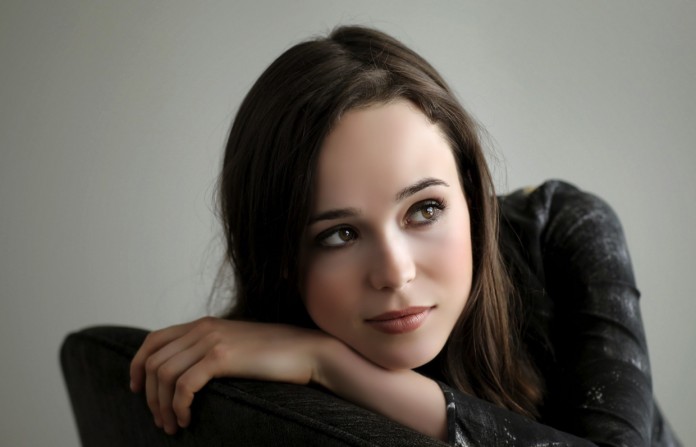 28 year old actress Ellen Page recollects her time in the closet during an emotional appearance on The Late Show with Stephen Colbert, saying she wishes that no one has to live in such a “toxic” way.

Page who had kept her sexuality a secret from the public for years, has made a name for herself as an outspoken LGBTI rights advocate since publicly coming out in February 2014.

Page has since attended Jamaica’s first Pride where homophobia and violence are a common occurrence, and publicly confronting anti-gay Republican presidential candidate Ted Cruz at a recent state fair.

Page has now revealed that she has a starring role in new LGBTI drama Freeheld and that the film inspired her to come out to the world.

The film Freeheld which also stars Julianne Moore, tells the story of a lesbian couple’s fight for same-sex pension benefits after one is diagnosed with a terminal illness.

When questioned by Colbert if she ever feels burdened by being one of the LGBTI community’s most prominent members, The emotional and passionate Page replied,

“I feel so grateful to be able to talk about things or share stories and meet incredible, inspiring people, or have connections with people who’ve been inspired by me coming out, which is an incredible connection to have with a human being.

“So really, what I feel is gratitude.”

The Canadian actress also gave her point of view on the “religious freedom” debate that is currently engulfing America as a flow on effect from anti-gay marriage clerk Kim Davis’ brief incarceration.

“Religious liberty and religious freedom is so important, it’s so crucial,” explained Page when questioned if she had sympathy for those whose beliefs were being challenged by the advancement of LGBT rights.

“But what’s unfortunate throughout history is that religious liberty has been used to justify discrimination based on gender, based on race, and now it’s the LGBT community.”

Watch the Official Trailer for Freehold below