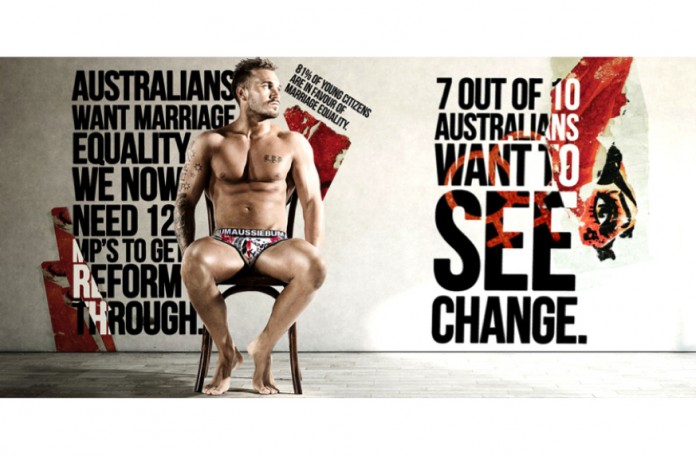 Australian Underwear Company AussieBum have joined the growing number of companies and organisations who have made their stance known on Marriage Equality.

In a campaign entitle Equality, the company is jumping on the bandwagon following the historic public vote in Ireland two weeks ago with a message, “Stand up and be counted! Hear the message loud and clear with Equality.”

“Equality makes a bold statement. Be true to your values with Equality the latest from the style gurus at aussieBum”

Other Companies to show support for marriage equality in Australia include: RoboBank, NAB, ANZ, Westpac, H&M.

To purchase your pair and show your support go to aussiebum.com.