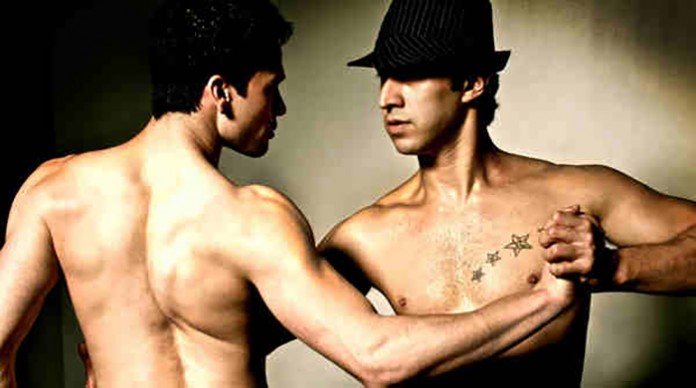 As the New Zealand version of Dancing with the Stars commenced on Sunday, the world of television dance shows could be changed forever if a concept by a judge on Britain’s version of the show gets off the ground.

Craig Revel Horwood has revealed Strictly Come Dancing will have a same-sex couple either this year or next.

While he is not sure exactly when Strictly bosses will have either two men dancing together or two women, the judge “certainly” thinks it will happen.

He told OK! Online: “A same-sex couple on Strictly – that is on the cards.

“It’ll be either this year or next year, but most certainly, it will happen. They did it already in Hungary or somewhere.”

It comes after Strictly’s professional dancing pair Aljaz Skorjanec and Robin Windsor performed the first same-sex dance on the show last November and also after other dance shows, including So You Think You Can Dance in the US and Australia allowed same-sex dancing, albeit not ballroom.

In 2009 a pair of same sex ballroom dancers appeared during the audition rounds of So You Think You Can Dance in the US and the “funny” way their segment was shot held them up for ridicule.

At the time, Executive Producer and judge Nigel Lythgoe joked that he didn’t like “Brokeback Ballroom” and it was clear that there was no place in American Prime Time dance shows for same-sex ballroom dancers. A year later two dancers appeared and Lythgoe appeared to have changed his tune and the incredible performance brought the audience to tears.

“As a lifelong ballroom dancer, I am thrilled that such a major supplier of dancewear such as Freed of London has decided to break the mould and support the same-sex dancing world with this venture,” said Mr Gay World himself, Stuart to GT Times.

“I am proud to be a small part of this shoot and to be able to bring the beauty of same-sex dancing to a global audience.

“Who knows, maybe we are not that far away from the BBC putting the first ever same sex dancers on Strictly Come Dancing”

Professional Strictly dancer, Callum MacDonald, adds: “I think this campaign by Freed is a really innovative and refreshing idea. Same sex Latin and ballroom dancing is creative and it challenges traditional ideas, which I think is important.”

After the opening night of Dancing with the Stars in New Zealand it looks as though there will be no same-sex dancing here. But who knows.