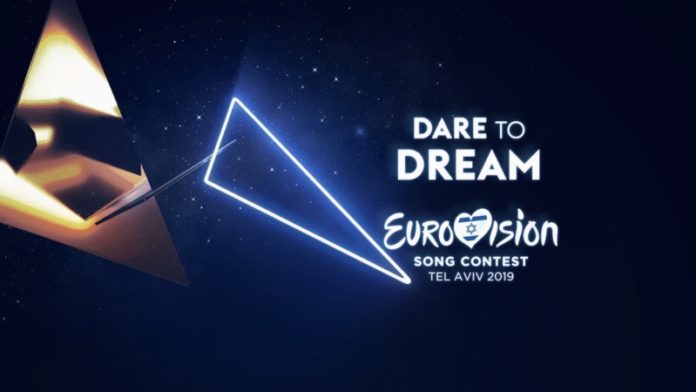 Tel Aviv will host the 2019 edition of Eurovision in just under a weeks time. To get you in the mood and up to speed on the countries and their contestants that will take the stage, Gay Nation has done all the hard work for you and watched every single contestant’s official video and given them our critique.

We have tried to consider a Eurovision viewer that watched an act once before voting, that’s what we did and immediately gave our thoughts on how the song sounded and looked and whether we think it will make it to the final.

Today we give you Semi-Final two which includes some big favourites to win this year.

What do you think?

Hmmmm men and woman in black. Great song and she has a terrific voice. Camera action of the video is a bit weird, didn’t know how to stop it shaking. Rating: 6 Eurovision Final: Medium chance

Another one using the Instagram age to throw a filter across the entire clip. Sarah is a stunning girl and the song is catchy without rising to any great height. Rating: 5 Eurovision Final: Unlikely

The Moldovan video clip is taken from the set of the Bold and The Beautiful with pianos, roses and a jilted lover. Anna has some pipes for this loving ballad, it will be interesting to see what treatment they give the song on stage. Could be a sleeper. Rating: 6 Eurovision Final: Possible

4. Switzerland – Luca Hanni – She Got Me

Yaaassss N-sync meets a country and western. This good looking young Luca reminded me a lot of Justin Timberlake with his moves and dancing steps, can he bring it home on the night. Rating: 6 Eurovision Final: Yes

A very quiet, slow, song beautifully sang. One of those typical eastern European songs that are always thrown in to break up the power ballads on the night Rating: 4 Eurovision Final: Unlikely

A Haunted House, a beautiful dog, stingrays and magic. This clip had it all and the song is a great surprise. Ester is shown as three different characters signing on top of a strong beat which gives it some real guts. Love it and it will lend itself to some great stage activities, let’s hope for a dog. Rating 7 Eurovision Final: Yes

Yeah, this song made me smile. Not just because of the close in camera work on Leonora for most of the performance but its just a fun cooky danish song. I hope they re-create it on the Tel Aviv stage. The Big Chair and all. Rating: 8 Eurovision Final: Yes

Again the masters of Eurovision have found a song that hits all the notes. Not sure it’s their best effort but John certainly puts everything in. It’s a slow burner, dammit I’m hooked. Rating: 7 Eurovision Final: Yes

Hauntingly beautiful. She is stunning and her voice is pitch perfect. I don’t think the clip does it justice as it doesn’t allow the high pitches to really shine but this is one belter of a song. Love it. Rating: 8 Eurovision Final: Yes

The male archetype angel with the creepy smile. He’s a young bloke with a big voice. I kept thinking of Anthony Calea for some reason. The same reason that Anthony Calea wouldn’t work at Eurovision. Rating: 4 Eurovision Final: No

Stop it Malta. Stop being so cute and coming up with a song you can’t stop singing. The clip is modern, contemporary that goes along with the ditty. Hits some great highs, certainly fits the Eurovision mould but could easily hear this song on KIIS FM tomorrow. Rating: 7 Eurovision Final: Most likely

Oh dear, I got lost in his eyes. Did this guy actually sing? Um yeah he did, falsetto and all he as actually….really good. The song is catchy too. I thought I’d just be swayed by his beauty but he may get through on the song too. Rating: 6 Eurovision Final: Most likely

I had a huge feeling of Deja Vue with this song. Obviously, we have seen Sergey before and the song is similar to his last one just missing some of the bigger notes. But I actually got bored halfway through. It will make it anyway as the eastern block will vote it through but what he does on stage will tell the tale. Rating: 5 Eurovision Final: Yes

Lots of fire and water must be traditional Albanian. Its another ballad, if there was no other ballad in the show then Id say this was ok, but there are way too many that are better. Rating: 4 Eurovision Final: No

If you want naked torsos and bare bottoms then this is for you. Whether it will appear on stage is another thing. The song has some great moments but I was too transfixed by the naked body swimming in the water. Rating: 6 Eurovision Final: Yes

A powerful piece surrounding the #METOO movement and domestic violence. The song has some very familiar pieces that remind me of Austria’s piece back a few years ago (Drag queen) – Rating: 6 Eurovision Final: Medium

I felt like I was in the middle of an Arq moshpit watching this song with the lasers and pearls. It actually grabbed me for a song, pop and strong. May give this country its first final entrant in two years. Rating: 6 Eurovision Final: Likely