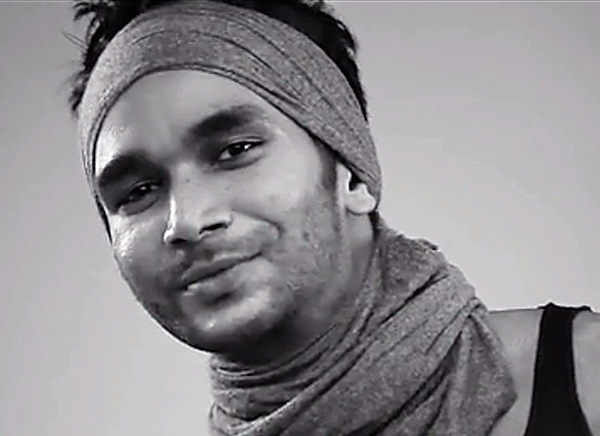 A contestant from India has been forced to withdraw from this year’s Mr Gay World competition, to be held in South Africa next week, after threats to him and his family.

Thahir Mohammed Sayyed, 28, will no longer be joining the other 22 international delegates who will arrive in South Africa on Sunday for the week-long competition (April 26 to May 3) alongside our very own Matt Fistonich.

According to DNA India who first reported the story, Sayyed, a part-time model from Brisbane now working in Dubai feared his religious parents in India would be ostracised.

Reports said that after the delegates were introduced on social media, Sayyed’s father was hounded by religious leaders, who advised he avoid praying at the local mosque. The family has since fled their home.

Sayyed, who came out to his immediate family five years ago, told dna, “I had no idea this’ll become such a big issue. While being supportive, my parents are deeply religious.

“My father has had to face snide remarks at the mosque since last week, when the MGW poster showing entrants went on social media.

“That’s how the word spread. Since then he was ‘advised’ by community elders to not come to the local mosque to pray.

“I’m worried about how this pans out. My visa’s done.

“If I can’t go, it is not like someone else can be sent instead of me now. It’ll be a huge loss to not represent India. It’ll also reflect poorly if India’s seen as a no-show.”

India reinstated a colonial-era law banning gay sex in December 2013, under which gay sex is punishable by up to 10 years in jail.

His 55-year-old father Mohammed said, “I am a five-time namazi. I’d gone to pray in the mosque where community elders asked me, ‘Do you know what your son is up to? He’s brought shame on our community.’

“When I tried reasoning, they made me leave, saying I was unwelcome till Thahir didn’t back out from the competition and atone.

“I’m worried about their threat of ostracism. He is my only son and this is what he wants to do. Why should it be anybody else’s concern? But we have to think of the community since we live with them.”

Mr Gay World President Eric Butter said, “We created this event to combat homophobia, but for a delegate and his family to go through this is not acceptable and we have to be sympathetic with him. We wish him strength in these difficult times.”