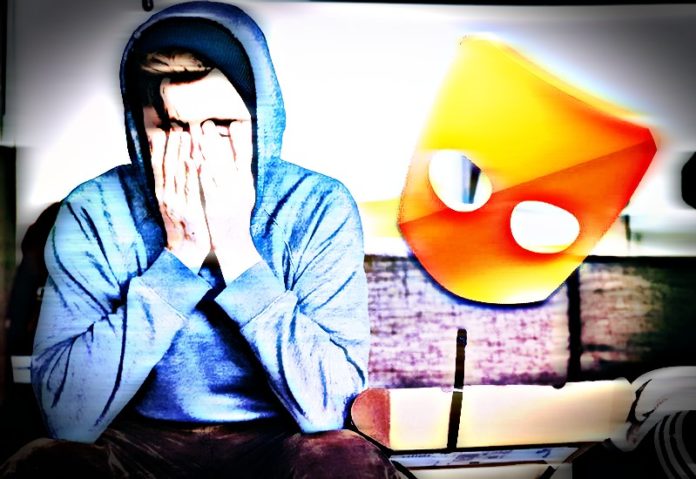 A father in the United Kingdom has been sentenced to 18 months jail after forcing his 15-year-old son to strip and mercilessly whipped him after finding out he was on Grindr.

The father in his 40s, who cannot be named to protect the identity of his son, pleaded guilty to assault causing actual bodily harm on 30 September last year after launching the brutal attack against his own child.

A Plymouth court has been told that the man whipped his son 20 times with a television cable while calling him gay and a “woman” for joining the queer dating app.

Francesca Whebell for the Crown Prosecution Service said that the son was “exploring his sexuality”, but when his father asked to borrow his phone, he found that he had the dating app Grindr and photos of boys.

The son left to go to a friend’s house that evening, but was confronted by his father the following morning, who told him to strip down to his underwear and socks, the court heard.

“He hit him multiple times across his body, particularly his arm, breaking the skin there,” Whebell said.

“While he was beating his son, the defendant was continuing to ask questions.”

At his son’s school, staff noticed something was wrong and the boy broke down, explaining what had happened.

Defending the dad, Kevin Hopper insisted that he was a “loving father”, and that he supported his son, only having a problem with the images on his phone.

“It was not the images nor anything else which made him question his son’s sexuality,” Hopper claimed.

“He had been supportive. The fact that he has now lost contact with his own son has broken his heart. The remorse he has shown is genuine.”

Despite the “cruel and brutal punishment” being clearly “motivated by his sexuality or your perception of his sexuality”, judge Marcus Pilgerstorfer QC sentenced the father to just 18 months in prison, according to PlymouthLive.

“On the basis of the photographs, he is likely to be left with some scarring on his arm and he will inevitably suffer some psychological consequences,” Judge Pilgerstorfer said.

“I have no doubt that part of the reason you became angry is that you saw material which you thought indicated he was bisexual.”

Mr Hopper said that the defendant was supported in court by his wife, who had written a character reference.

The solicitor added that his client was hard-working, spending long hours away from home to support his large family.