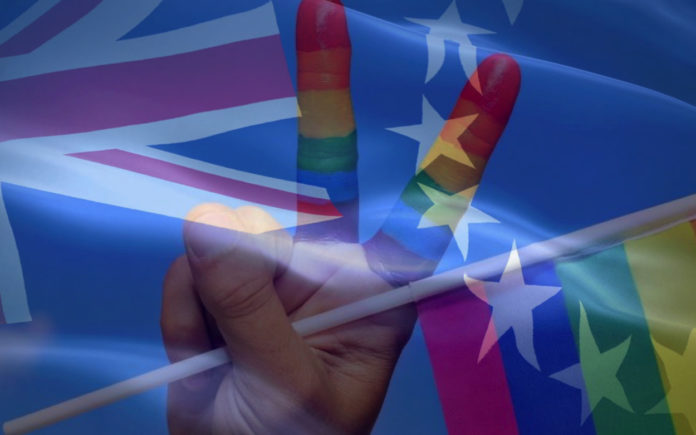 For those living in the small South Pacific nation of the Cook Islands, it is still illegal to be gay…. a new push is hoping to try and change that.

Human rights advocates and local LGBTQ+ Cook Islands locals have launched a petition aimed at attracting more than 5,000 signatures that will be presented to Cook Islands’ politicians.

Cook Islands MPs are yet to decide whether to decriminalise homosexuality which is banned, between two males, in the current law.

After a decision was supposed to be made in February this year there seems to have been a major u-turn by politicians who had previously indicated plans to decimalise homosexuality, with pressure from churches being seen as the main reason for the retention of the anti-gay law.

The law may now also include women.

Sonya Apa Temata who proudly wore a Cook Islands garment of great significance in pride marches earlier this year started the petition to try and have the law changed.

The petition highlights that the 1969 law banning gay sex is a reflection of conservative attitudes from the time of Cook Island’s colonisation.

“It is important to acknowledge the historical influences & devastating impact of Colonisation and early settlements by missionaries and its impact on indigenous knowledge & understandings of gender, sex and sexuality, and how this has shaped broad social attitudes and norms” the petition reads.

Recently hundreds of people turned out to a pride golf event in Rarotonga to reinvigorate Pride Cook Islands’ campaign to decriminalise homosexuality and repeal laws that criminalise same-sex conduct between consenting adults.

“The rainbow community is an accepted part of our nation and this must be demonstrated legally. We are working to break down the barriers that separate us from others by spreading a message of love and acceptance for all,” she said to Cook Islands News.

“We’ll be exercising our constitutional right to freedom of peaceful assembly and association. Wearing Pride t-shirts and rainbow colours, we want as many people as possible to join us in a respectful expression of solidarity at the early morning event.

“It’s a powerful way to make a positive public statement about visibility, inclusion and the value of diversity when constitutional rights are under threat.”

Those found guilty of having gay sex in the Cook Islands face up to seven years imprisonment.