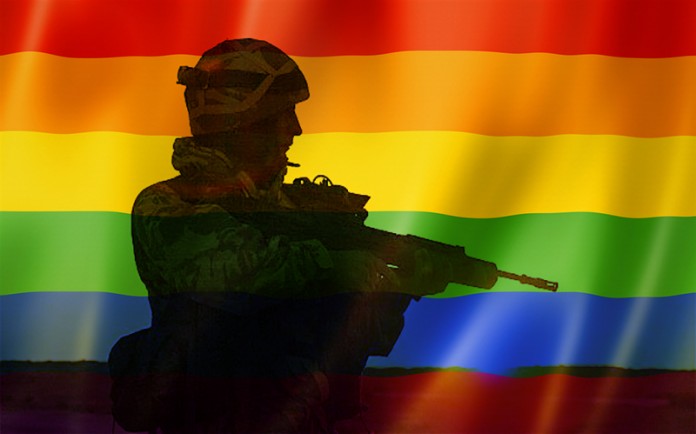 For the first time in its 75 year history, the British SAS has recruited its first openly gay soldier.

According to the London Daily Star, the 27-year-old served in Iraq after joining the army when he was 18.

He is now training to be a sniper after climbing his way up the ranks.

The soldier, originally of north England, was formerly in the Guards regiment and fought in Afghanistan and Iraq before volunteering for the SAS in 2014.

He is said to be one of just 10 soldiers to pass the intensive training course that year and join the special forces.

Away from the military the soldier, who cannot be named for security reasons, lives with his partner in Herefordshire.

A defence source told the Star the soldier, who is said to be a mountaineering expert, did not ‘make a big deal’ about being gay and brought up his sexuality in general conversation.

The source said: ‘There was a bit of banter and a few jokes and some of the ‘old and bold’ have been complaining saying ‘it wouldn’t have happened in their day’.

‘But the world has moved on. For the vast majority of the soldiers in the regiment, his sexuality is not an issue.’

The source added: ‘How you cope on the battlefield is far more important than what you get up to in your bedroom.’

He is now serving in the SAS-G Squadron and has been described as a ‘top bloke and brilliant soldier’.

Gay and lesbian soldiers have been allowed to serve in the army since 2000 when the then-Labour Government lifted a ban on homosexuals in the armed forces.