Former Empire star and convicted criminal Jussie Smollett who was previously sentenced to five months in prison for staging a homophobic attack is returning to the world of entertainment with his directorial debut, B-Boy Blues.

The LGBT drama will be shown on the US streaming service BET and launch on June 9 timed for International Pride month.

“B-Boy Blues” is Jussie Smollett’s first project since the actor was convicted in December 2021 of staging a hate crime against himself.

Smollett served six days in jail before being released on bail as he appealed the conviction.

The film is based on the novel of the same name by James Earl Hardy, an American playwright, author, and journalist who is credited with being the first to depict same-sex love relationships in the hip-hop community. 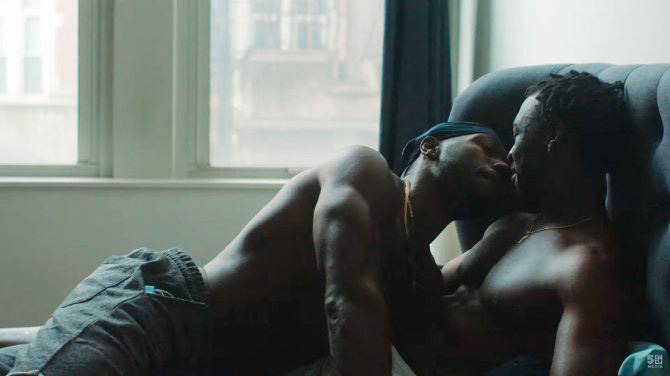 The indie film debuted last year at the 2021 American Black Film Festival, where it won the Narrative Feature Fan Favorite Award. The film is described as “a clash of class and culture when Mitchell Crawford, a college-educated journalist from Brooklyn and Raheim Rivers, a bike messenger from Harlem, fall in love.”

Smollett is best known for his role as Jamal Lyon on Fox’s “Empire,” for which he won a NAACP Image award for best supporting actor. Though “B-Boy Blues” will be Smollett’s first time directing a full-length feature, he did direct two episodes of “Empire,” titled “What Is Done” and “Fair Terms.”

Controversy has followed Smollett after he reported an alleged hate crime in Chicago in Jan. 2019, the validity of which was later questioned by the Chicago Police. The legal matter continues today, with several lawsuits ongoing. Last month, Smollett filed yet again for the charges to be dropped against him.

Watch the B Boy Blues trailer below