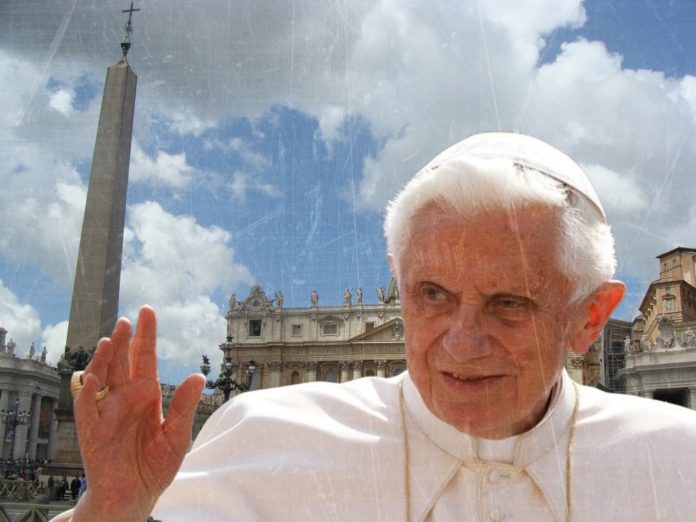 The former Pope, Benedict XVI has launched an attack on the rainbow community with homophobic rhetoric about same-sex marriage and ones religious freedom to discriminate.

Speaking during a rare interview about the publication of a new biography, the ex-Pope reportedly vented about gay weddings and society’s treatment of homophobes.

“100 years ago, everybody would have considered it to be absurd to speak of a homosexual marriage. Today, one is being excommunicated by society if one opposes it,” the 93-year-old Pope Emeritus stated according to Italian outlet Corriere Della Sera.

The former Pope also criticised “the creation of human beings in the laboratory” adding, “Modern society is in the middle of formulating an anti-Christian creed, and if one opposes it, one is being punished by society with ex-communication.”

“The fear of this spiritual power of the Antichrist is then only more than natural, and it really needs the help of prayers on the part of an entire diocese and of the Universal Church in order to resist it.”

This is not the first time the ex-Pope has made anti-LGBT+ statements and had a history of doing so during his time as Pope, including dedication much of the church’s resources in fighting same-sex marriage, claiming that the union “threatens human dignity and the future of humanity itself.”

“There is also a need to acknowledge and promote the natural structure of marriage as the union of a man and a woman in the face of attempts to make it juridically equivalent to radically different types of union,” The Pope claimed before adding, “Such attempts actually harm and help to destabilise marriage, obscuring its specific nature and its indispensable role in society.”

While historically Popes serve until death, Benedict made history when he resigned in 2013 amid rumours of poor health, corruption, and sex abuse scandals within the Church.