The French Football Chief has said stopping matches due to anti-gay chants and banners in the stands was “a mistake” and would instruct referees to no longer stop matches over homophobic abuse from fans, putting him on a collision course with the sports ministry and the football league.

Since the start of the French football season on August 9, there have been at least 20 cases of fans chanting homophobic slurs or showing anti-gay banners during domestic games.

Speaking to France Info, Noël Le Graët, president of the French Football Federation (FFF), said he hoped his decision would take effect from this weekend’s games.

But racism and homophobia “are not the same thing”, he insisted, adding that it should be down to the clubs to stop those responsible from getting into stadiums.

“The clubs’ security services have to check the people who go to games, there is security there to ensure that banners disappear quickly,” he said. 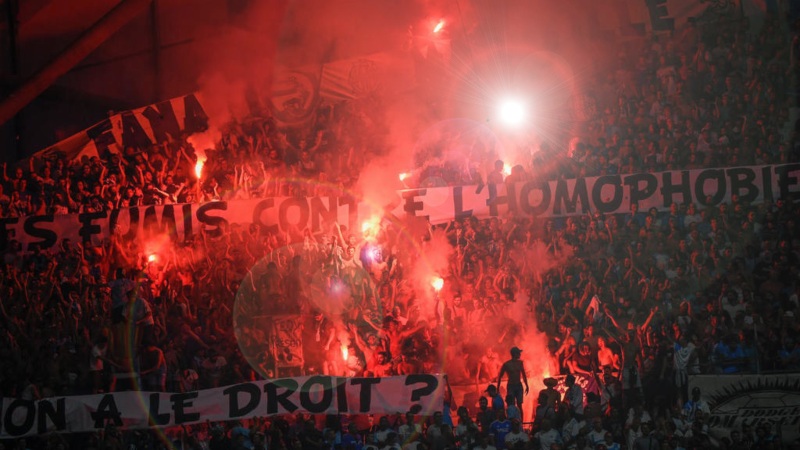 Le Graët has already criticised the temporary stopping of matches in the French league over homophobic abuse.

On Friday he said “too many matches” had been halted due to new rules introduced over the summer by the Professional Football League (LFP), which runs France’s top Ligue 1 division, in a bid to stop the phenomenon.

He also claimed that politicians were trying to exploit the problem in an effort to look good “in front of television cameras”.

Le Graët drew the ire of sports minister Roxana Maracineanu, who in April launched the appeal for matches to be stopped in the event of homophobic abuse and on Saturday called the FFF chief’s comments a “discredit” to football.

Several matches have been temporarily halted in France this season thanks to LFP’s guidance, drawing praise from French politicians and heavy criticism from supporters.

Paris Saint-Germain’s match at Metz two days later was also briefly halted for a banner unfurled by the hosts’ supporters asking the French league (LFP) to allow them to aim homophobic chants at PSG.

By contrast, there were 111 incidents of homophobic abuse in England over the course of the entire 2017-2018 season, according to Kick It Out, a British pressure group for equality in the sport.