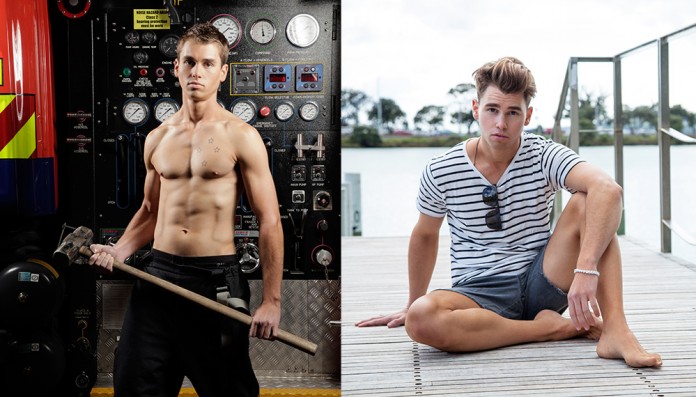 When Matt Fistonich was asked to model for the New Zealand Fire Service Fireman’s Calendar he was excited yet nervous to be showing off his body for everyone to see(especially his family who had no idea he had a tattoo). In return he was rewarded with the coveted December position, whilst also raising money for the Child Cancer Foundation.

The same feeling gripped him on Tuesday when he was announced as the new Mr Gay New Zealand, not because he was about to show his body to the world but that he was about to take on a role which so many from the New Zealand gay community look to for guidance and a sense of belonging.

Fistonich was announced as the winner of the Mr Gay New Zealand competition this week and will now embark on a short six week fundraising campaign to make sure he attends the first day of competition in Cape Town on April 27.

Speaking about his win, Fistonich said he has a passion for supporting the gay community of New Zealand.

“It will be an honour and a privilege to represent my community on such a international level,” Fistonich said.

“Being able to represent my country in such a prestigious way is very exciting.”

Fistonich has been out of the RNZAF for some time now and is now secure as part of our team that brings you eikōn on a daily basis.

“I love my work with eikon and particularly because we have such a strong focus on the gay community, with one of the goals being to change the often negative stereotypes that are often associated with being gay.

“This is an extremely rewarding position as it allows me to utilise my creative side in-conjunction with promoting and helping the gay community.”

Any information about Matt or the Mr gay New Zealand competition can be found at www.mrgaynewzealand.com.

This will also be where you can follow his progress in South Africa and access the public vote once it becomes live.

Matt’s days as Mr December are over but the fire fighter in him will help in trying to secure the Mr World title again for New Zealand.

“I’m hoping personal qualities can make their mark on the competition and who knows, maybe New Zealand is just meant to win this competition.”

“However, if I don’t win then I know I have my family and friends supporting me and hopefully and can make a positive impact on the gay community in New Zealand in some small way.”

Mr Gay World competition begins on Sunday 26 April and the winner will be announced at the Cape Town City Hall on 3 May.