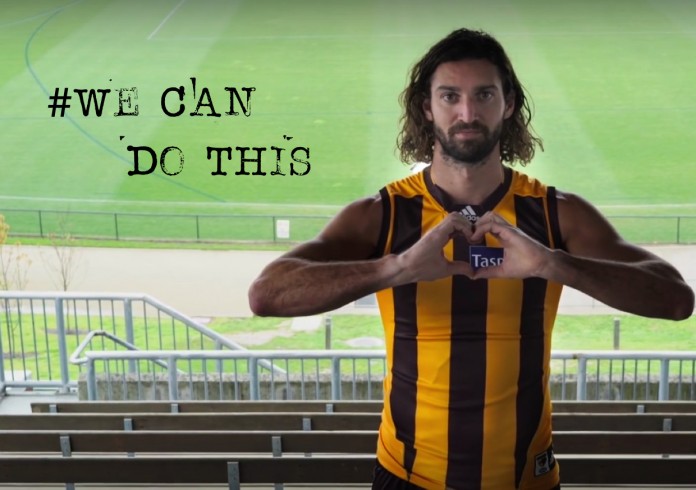 A group of Australian rules footballers from the AFL have joined forces to encourage any gay players to take the step and come out publicly.

No AFL player has ever been openly gay while playing the game, similar to the situation in the English Premier League where it has been suggested three players will come out soon.

Essendon captain Brendon Goddard, Collingwood player Tyson Goldsack, and Hawthorn’s Matt Spangher all believe that the support would be there for any player that decided it was time to declare themselves gay in a public forum.

The AFL has been at the forefront of support for equality and gay rights in Australian sport and this year two teams will play off for the Pride Cup in the first regular season match for equality.

Speaking to the Herald Sun Goldsack acknowledged that the AFL was probably behind the times when it came to openly gay males in its competition.

“I hope someone does come out just so they can then be themselves and hopefully they are treated in the right way and it allows other people to come out as well,” he said to the Herald Sun.

“I think the worst thing would be if someone does choose to come out and it gets taken the wrong way or it gets blown out of proportion, which it shouldn’t.”

Goddard is the Captain of Essendon, the team at the centre of a drugs controversy that has seen many of their players removed from its playing ranks as punishment in 2016.

He believes that if a gay player was to come out it would produce a ripple-effect and offer the chance for many others to take the leap.

“I think now the AFL players and the AFL itself would definitely give their support if someone was to come out,” Goddard said to the Herald Sun.

“Not to say they wouldn’t have before, but I think if a guy was to come out in the AFL they would feel a lot more comfortable knowing they would have the support.”

The trio have joined Richmond captain Trent Cotchin and former Carlton star Chris Judd to support the Move In May fun run for equality in Melbourne on May 22.

For details on the fun run go to standupevents.com.au