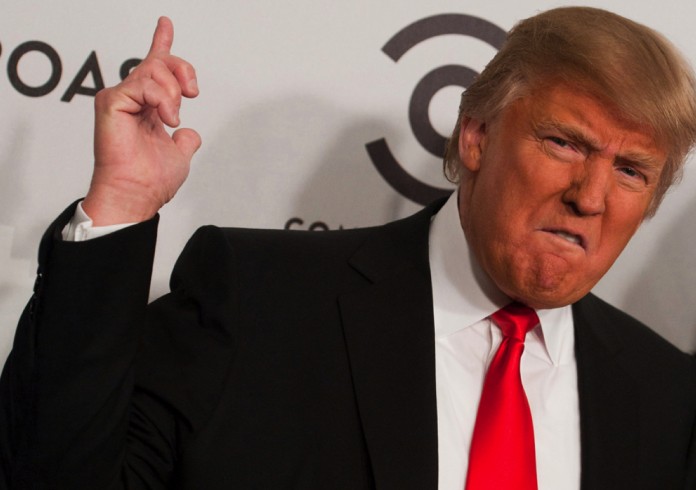 US presidential candidate Donald Trump, believes that overturning the Supreme Court’s ruling on gay marriage will not happen and that gay marriage is a dead issue.

The reality TV star and billionaire has previously said he was “just for traditional marriage” and that the country’s top court had “let us down” after the decision to legalise same-sex marriage across all 50 states in June.

However, in a recent interview with the Hollywood Reporter, Trump appears to have changed his tune.

Trump said he had attended the same-sex wedding of Jordan Roth, the owner of a Broadway theatre, who he described as a “great guy.”

Asked whether gay marriage was a ‘dead issue dead issue for the Republican Party at this point, Trump replied: “Some people have hopes of passing amendments, but it’s not going to happen.

“Congress can’t pass simple things, let alone that. So anybody that’s making that an issue is doing it for political reasons. The Supreme Court ruled on it.”

Caitlyn Jenner and transgender politics was then brought up.

“How did that show do? Somebody said it was going badly,” Trump responded.

“I’m not surprised at the ratings. I just think it wouldn’t interest you. I knew him a little bit when Bruce was a great athlete.”

“He was one of the best-looking people you’ll ever see.”

Earlier this week, Trump said people should not be fired simply for being gay, surprisingly making him the most LGBTI-friendly of the remaining 16 Republican candidates.