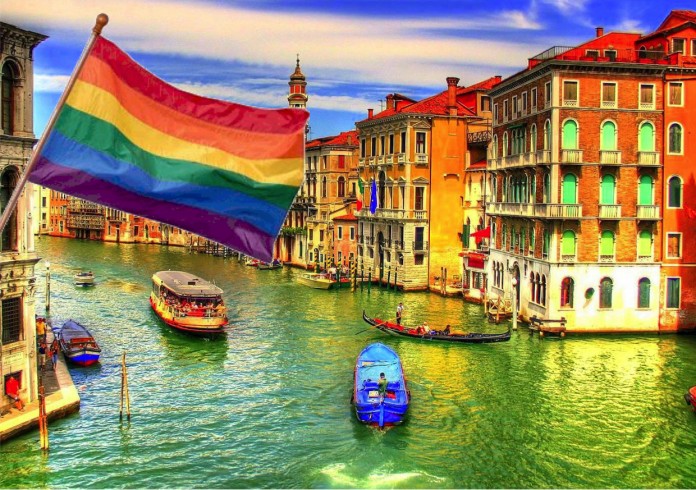 The Northeastern Italian city of Venice which is best known for being situated on a group of 118 small islands separated by canals and linked by bridges, will not be welcoming a pride festival, according to the city’s Mayor, Luigi Brugnaro.

Luigi Brugnaro claims he is not homophobic, as he has friends who happen to be gay.

“There will be no gay pride in my Venice,” Luigi Brugnaro has said, also describing the event as “farcical” and “kitsch”.

“A joke, the ultimate in kitsch”,

“Let them go at it in Milan or at home,” The Mayor added.

“His family, two men and children, is unnatural”.

Sir Elton has descried the Mayor as a “bigot” after the Mayor decided to remove same-sex couples from a school booklet that described new families.

Gay rights activists are determined to hold pride in Venice next year.

“We will be back next year and we invite the mayor to march at the head of the parade with us…That way he will see what a Gay Pride really is,” explained Flavio Romani, from Arcigay.

Homosexuality has been legal in Italy since 1890, however same-sex couples living in Italy are not recognised and have no shared rights to property, social security or inheritance.