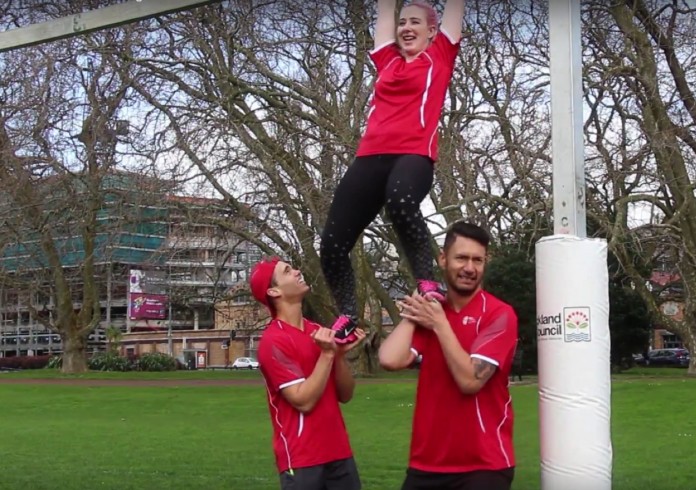 The team at LYC (Love Your Condom) have joined forces with Mr. Gay New Zealand 2015, to raise essential funds for the New Zealand AIDS Foundation’s (NZAF) More than HIV project.

The More than HIV project is a joint venture by the New Zealand AIDS Foundation (NZAF), Positive Women and Borderless Productions in an effort to reduce the stigma and discrimination faced by people living with HIV, through education and raising awareness of attitudes that need to change.

The project aims to capture the stories of people living with HIV, in a series of films that will enable the wider public to hear their experiences as they share their stories.

The LYC Marathon Team have the goal of raising $3,000 of the $15,000 needed to cover the cost of editing and producing the videos, which is not covered by existing funding.

The LYC Marathon Team have created a “Marathon Training” video to kick start their campaign to raise these vital funds.

Anthony Walton from LYC said he hates running but not as much as I hate the stigma of HIV.

“I’m loading my iPod up with Harry Potter audiobooks, which will hopefully distract my brain enough to help me get through the first few weeks of training and help raise some money for this great project,” Walton explained.

“Doing silly stuff on camera and taking part in the Auckland marathon is easy for us as we all believe in the NZAF’s More than HIV project and what we hope it achieves,” explained Ricky Te Akau.

“The stigma campaign is such an important and worthy cause,” said another team member Lisa Mirpuri who is looking forward to running for NZAF again.

The Marathon Training video is the third video Matt Fistonich has done with LYC.

“It’s always great doing videos with Anthony and the LYC team, as you know its going to be for a great cause and it’s guaranteed to be a laugh,” explained Matt.

“I think its tragic that in 2015, people living with HIV are still discriminated against.

“I believe it predominantly comes down to the lack of education and general understanding, which is why I’m standing behind this campaign.”

Click here If you would like to help reduce the stigma and discrimination faced by people living with HIV and donate towards the More than HIV project.