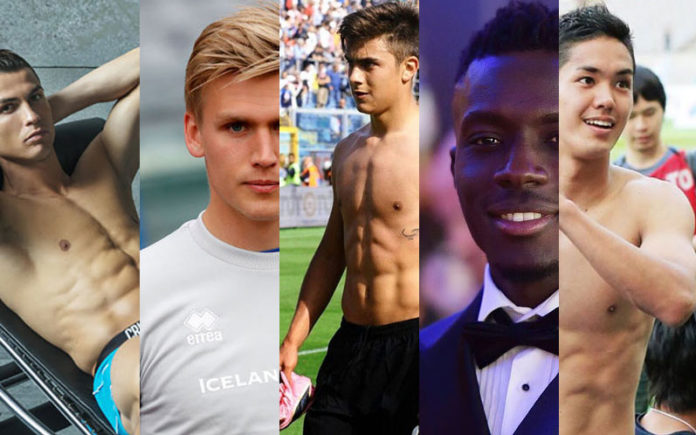 The ultimate world sporting event is underway and Russia is home to the best footballers around the world in the soccer World Cup.

So who are the stars that are shining and which ones should you be checking out.

There are hundreds of footballers so it’s very hard to get the complete list, but Gay Nation has done the work for you to come up with the ultimate hottest guys of the World Cup….enjoy.

Senegal’s one of Senegal’s best players and stands out amongst the crowd.

The backup goalkeeper for Iceland who has only played three international games but he’s mighty fine on the eye.

One of the strongest Swiss players and certainly has the looks to go with it.

A young player for Japan but one with a huge future and a great bod to boot.

A striker who has played 76 times for France and is one of the mainstays of the team both on and off the pitch.

The overnight sensation has taken the England team by storm and has a killer body to add to his credentials.

The star goalkeeper for Germany who has an attacking style and looks to back-up his ability.

A defender for Denmark and has the striking blonde hair to add to his credentials.

One of the youngest players in the World Cup but certainly helping Costa Rica shine on the world stage.

Wow talk about 8 pack, now he known as one of the best forwards in the game but gee we would like to play any game with him.

The youngest player in the World Cup happens to be an aussie and when he comes on the pitch he sets the world alight.

Nothing more to say here.