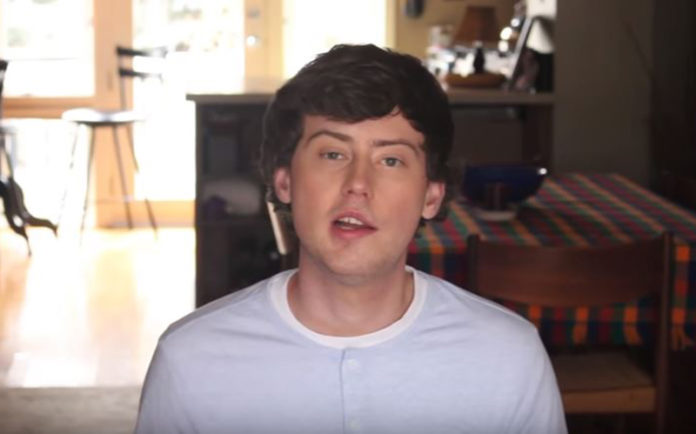 A Russian musician who faces penalties, even possible imprisonment if he returns home, has made a statement to his homeland about being young, Russian and gay.

Outraged by reports of gay oppression in Chechnya, Artem Kolesov, who is currently the first violinist of the Chicago-based Yas Quartet, produced an emotional video in Russian with english subtitles.

The 23-year-old struggles with this brave, heartfelt, sometimes tearful confession and it is compelling viewing.

Kolesov explains how homosexuality is not only forbidden but it is claimed that it is something America had dreamt up as part of the Cold War.

“In Russia, homosexuality isn’t just not supported by the church but also, it so happened historically that during the cold war with America, homosexuality was given the name of the ‘Western illness’,” Kolesov explained in his video.

“Maybe that’s why when my mom found out that I was gay, she said that if I ever went to America, I’d never become gay.

“If you don’t believe me or disagree, just think about it in the USSR people were imprisoned simply for listening to jazz.

“Russians wanted to separate themselves from the Americans so much, that even music was a reason to hate someone.”

The youtube video was sent to media across the world one day after his birthday with the message that he hoped that it might at least help one child.

“When I was five, I realised that I liked boys. During my entire childhood I heard from my parents and the church, that homosexuality is a huge sin, so I started praying in secret to God do He would make me “normal”.

“In my family, I often heard that all gays should be destroyed, that they should be bombed, and that if anyone in our family turns out to be gay, my family should kill them with their bare hands.

“I never heard anything good about gay people – all I knew was that gays are the people who everyone should hate.

“I was scared, because I knew, that I was gay.”

Love is really all you need. Thank you @titilayoayangade and @maximebnrd for taking such a cool picture!