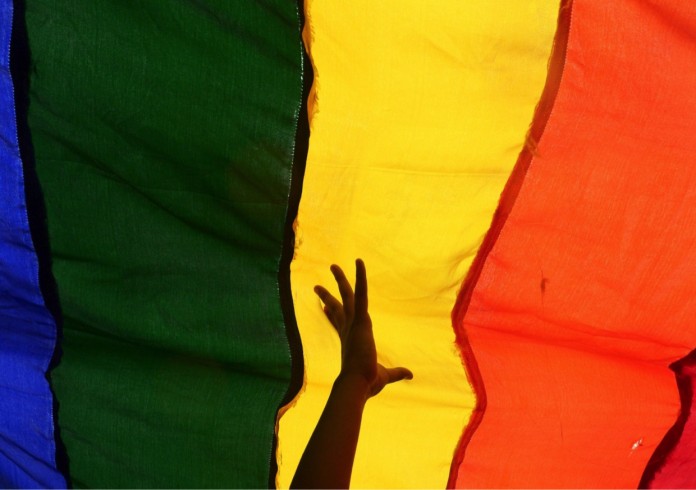 A giant rainbow flag has been unveiled by hundreds of LGBTI rights supporters in an attempt to drum up support for a bill attempting to legalise same-sex marriage.

The 60-metre long, 30-metre wide rainbow flag, weighing over 100kg was unfurled on Taiwan’s National Day, in front of the Tainan City Hall in southern Taiwan.

The impressive display was apart of a 28 day tour of taiwan by the Taiwan Alliance to encourage support of the same-sex marriage bill which was shelved, largely due to opposition from conservative Christian groups.

Hsu Hsiu-wen, who is head of the Taiwan Alliance and also a candidate for the political alliance between Taiwan’s Green Party and Social Democratic Party has urged Taiwanese LGBTI people to support her and other openly gay legislative candidates in the 2016 legislative elections, in the hope that they can rejuvenate the marriage equality bill.

“I am a lesbian. I love my same-sex partner and we have promised to accompany and take care of each other. However, we cannot legally marry in this country, the island that I deeply love,” Hsu Hsiu-wen said.

The giant flag was a gift from Taiwanese pop diva A-mei, who is a staunch supporter of same-sex marriage and LGBTI rights.

A-mei uses the same flag during her ‘Utopia’ concerts whenever she sings her hit song ‘Cai Hong’ (Rainbow) in support of the LGBTI community.