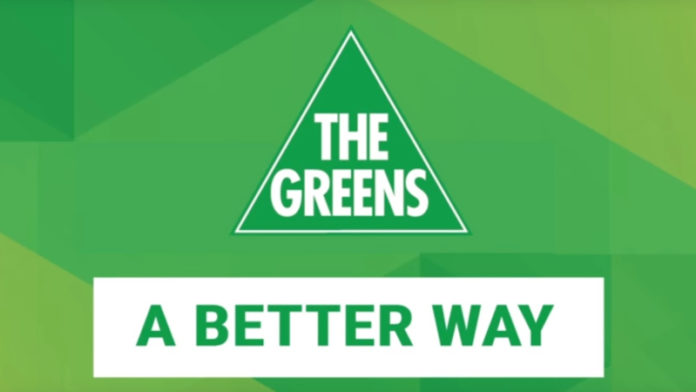 The Australian Greens Party in New South Wales, have apologised for the inclusion of an anti-trans article that was published in their member’s magazine.

The article which was written by Margot Oliver, a member of the party’s Marrickville branch was titled “sex, gender, women and The Greens,” and is reported to have suggested that trans women are not women and asked, “do I have to cop the uncritical agenda that m2f trans people must be regarded as legally, socially and biologically no different from natal women?”

Oliver who claims that her views are not transphobic continued writing, “performing the societal stereotypes of the other sex does not turn you into the other sex.”

Oliver also claimed that “there is now ample evidence on the negative consequences for lesbians and other female human beings, that ensue with the current transactivist agenda.” 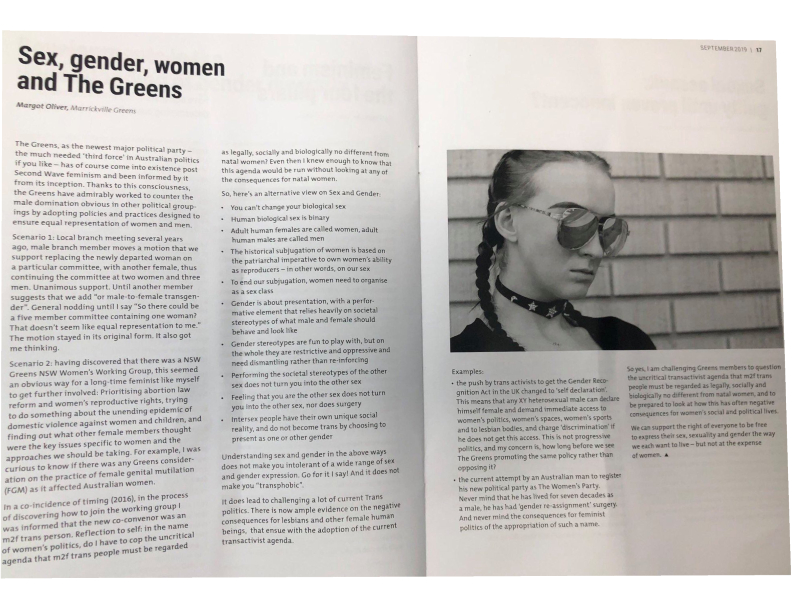 “It is completely unacceptable that a transphobic article was published in the latest edition of GreenMail, the Greens’ members internal magazine. We are so sorry this happened.”

The pair added, “We want to stress that the views expressed in this article are entirely inconsistent with Greens principles and our policies on trans rights.

“The views expressed by the author of this article are harmful and should never have been published in a Greens NSW publication. We offer our sincere apologies that this occurred and for the harm caused as a result of this.”

Trans Health Australia has since criticized the article and highlight that this is not the first time that similar views had been shared from inside the Australian Greens.

“Once was bad enough, but now we’ve seen transphobic attitudes in the political party now for a second time.”

“We demand more action, answers, and solutions by the Greens to put an end to the discrimination and hate that is spiralling out of control now in Australian media and politics.”

The New South Wales Greens have confirmed they will now hold a review into how the article was approved and published, and hopes to implement a new process to stop such incidents from occurring in the future.