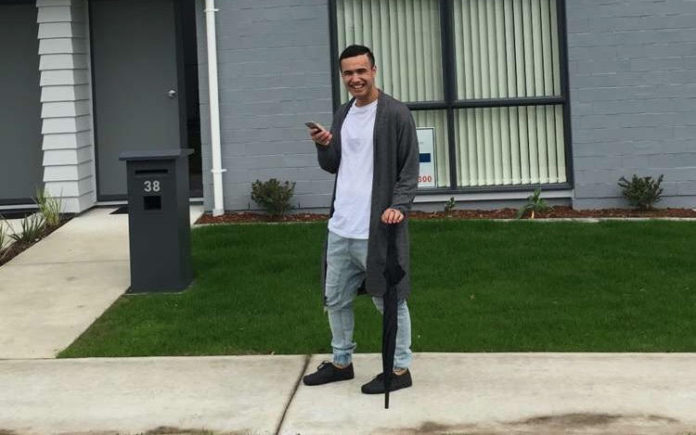 Life wasn’t as easy as people made it out to be. Growing up in the area that I grew up in, the LGBT community wasn’t huge, sometimes it was even frowned upon by most in my surroundings.

I didn’t know what to do with myself. I hadn’t accepted the fact that I was gay, but I knew it was there, I always thought to myself “oh maybe it’s just a phase” “Maybe it’s just the people I hang out with” “Maybe just Maybe”.

I grew up in a community where it was full of stereotypes ‘Adam and Eve, not Adam and Steve” “Being gay is far from normal” “In a gay relationship there is a man and a lady” See because of growing up around these stereotypes, I was scared to accept the fact that I was gay, I was scared to come out and tell my family.

I was scared of losing the ones I loved most because they didn’t like who I was as a person. I brushed it off.

As I grew up and matured, I accepted more of the fact that I was gay, although I hadn’t come out to my family yet, it was definitely in the plans.

I began to become oblivious to all the stereotypes and everything that I had heard in the past. Because being gay was becoming part of everyday life.

I struggled to come out to my family when I finally did, all tears started rolling and I remember texting my mum and telling her.

Later that night we chatted about it. I begged her not to tell my dad because I was afraid what he would think of me, his son.

I was afraid he would stop caring and stop providing for me, I was afraid of what was going to happen next.

I then began to think, “No maybe it’s just a phase” “This isn’t me” I was still questioning myself, knowing who I was, I did a lot of thinking and over-thinking about nothing.

Because I knew who I was and I had accepted the fact that I was gay, I had the support from all my loved ones, and I had nothing to be worried about anymore.

One of the many main reasons I desire to be the next Mr. Gay New Zealand is because I want to raise awareness to everyone who is going through what I went through growing up, that they’re not alone.

It’s easier than you think, the gay community is becoming more and more acceptable every day, and I want everyone to know, that there is plenty of support out there now, and I’m one of them.

For more on Jerome and the other finalists of Mr. Gay New Zealand visit the website www.mrgaynewzealand.com