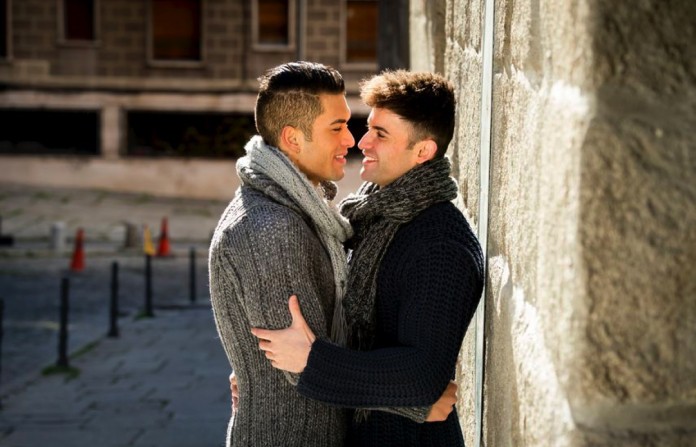 A storm of homophobic controversy erupted on an Auckland University Facebook Group last night as a picture of two guys hugging and being intimate was posted by one of its members.

One member ‘Prinesh’ posted a pic of two guys embracing with one sitting on the other’s lap, supposedly in a University campus room in front of other people with the caption “Overseen at oggb”

The post was immediately attacked by other group members for being homophobic, some suggesting the post was “creepy” and suggesting if the post was of a male and female the picture wouldnt have been posted.

The postee continued by saying “There were other people in the room”, “A lot happened”, “Definitely not the place for it, no matter who it is.”

Most of the respondents to the post were less than kind about “Prinesh” posting the pic and supportive of any public display of affection by two guys on a university campus.

Jasper posted “I don’t know why people are getting so wound up over it. People can express their love wherever they want. It’s not illegal.”

And Tom messaged “There’s a fine line between funny and hurtful! Prinesh, love has no gender. If you wanna be a dick… Fine, but don’t feel the need to post such cruel things, especially on such a delicate topic and make others feel less than human. They’re happy, why can’t you people mind your damn business and move past your ridiculous insecurities you have for same sex couples. #lovehasnogender”

The comments on the post continued until it was removed. Most against the post but some agreed with Prinesh. Here is a small selection.

Although the initial posting of this image was questionable, it has highlighted how “homophobic” behaviour is becoming frowned upon by New Zealanders. The post has since been removed from the page.