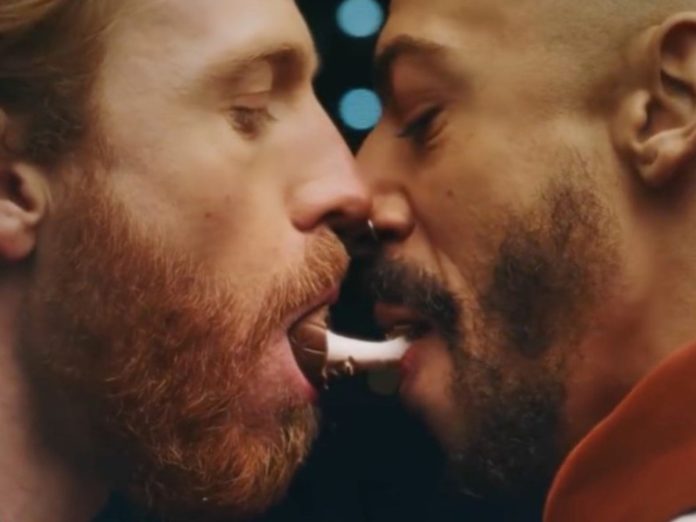 Celebrating five decades of Cadbury’s Creme Egg – The confectionary giant has released a new campaign in the UK, paying tribute to all the different ways to enjoy the popular treat: Including a gay kiss!

The ad which includes multiple techniques of ingestion from licking out the middle to baking it into Easter brownies also includes two guys spinning around as one holds a Creme in his mouth. As the pair lock lips to each bite off a piece of Creme Egg, the narrator asks: “Sharers? Yeah, we are down with that!”

Partners in real life, the couple in the ad are played by choreographers Dale Moran, who has previously choreographed for RuPaul’s Drag Race UK, and Callum Stirling, who also has an impressive CV, having danced for Demi Lovato and Rita Ora.

Watch the new advert on your gay nation below!