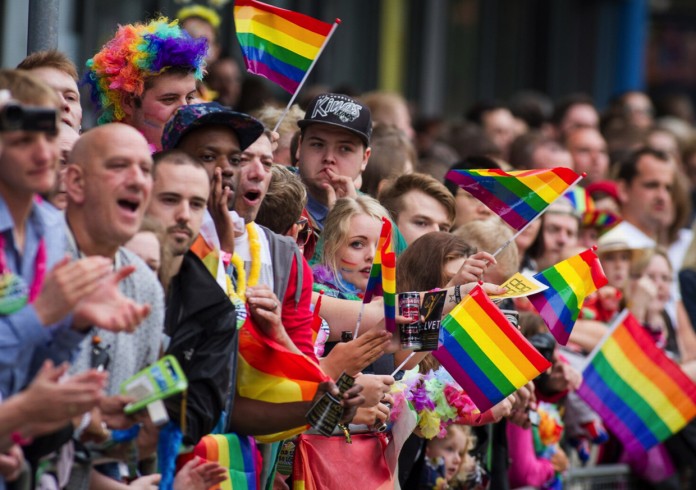 Dean Paton, from the city of Chester, has shown the world one way of dealing with unwelcome protesters who take it upon themselves to push their homophobic messages at Pride Celebrations.

The walled city of Chester in England held it’s annual Pride Festival over the weekend. The festival has been described as the “biggest and best yet” by organisers, however, it wasn’t without a few protesters hoping to spoil the celebration.

A video has emerged showing Dean Paton crossing the parade route towards the protesters.

“This is how you troll horrible evangelical arseholes who think it’s nice to say people should burn in hell and what have you,” Paton says before standing next to the protestors and revealing a sign of his own.

Paton’s sign which reads, “HOMOPHOBES ARE STATISTICALLY MORE LIKELY TO BE GAY” was warmly welcomed and applauded by the crowd and parade goers in attendance.